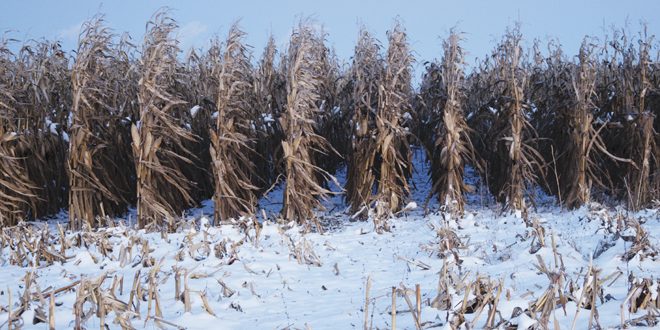 More Ohio farmers invested extra time and fuel this year to dry their harvested corn and soybeans because both grains were planted several weeks late and had less time to dry in the field.

While drying harvested corn in a mechanical dryer is typical each year, some producers in the state dried soybeans this year for the first time ever.

“Soybeans dry a whole lot better outside when it’s 70 degrees and you can run around in short sleeves. Farmers are harvesting in winter coats,” said Eric Richer, an Ohio State University Extension educator in Fulton County, on the far northwestern border of the state. OSU Extension is the outreach arm of The Ohio State University College of Food, Agricultural, and Environmental Sciences (CFAES).

If grain stays in a dryer too long, fires can occur. Also, the longer that corn and soybeans sit in drying units, the greater chance the grains will turn brittle, crack, or break down into dust particles — all of which can decrease the price a grower gets for the grain.

The grain-drying process comes with risks every year, “but they’re worse when you have wetter grain than normal because the grain has to spend more time in the dryer,” said Jason Hartschuh, an OSU Extension educator in Crawford County, just west of Mansfield.

When Ohio corn is harvested, it typically contains about 20% moisture, but this year some grain has 35% to 40% moisture — nearly double the typical level, Hartschuh said. “That’s why we have concerns this year,” he said.

Across the state, corn is 90% harvested and soybeans are 95% harvested, according to a U.S. Department of Agriculture report issued Dec. 2. Both are slightly behind the average harvesting pace over the last five years — corn by 5% and soybeans by 4%.

The delay in harvest comes after a delay in spring planting. Growers in western and northwestern Ohio had the greatest delays in planting — having to sow seed about a month later than usual because of unprecedented rain levels last spring. As a result of planting delays, both crops matured later into the fall when there was less daylight and heat to dry them.

Even during years when planting is on time, corn typically needs to be dried with a mechanical dryer to ensure it contains only 15% moisture. But soybeans have a shorter growing season and typically completely dry in fields.

“I’m hearing of guys drying soybeans with a dryer for the first time in their careers,” Richer said.

If grain is not sufficiently dry before it is stored in a bin, the grain could develop mold. And if the grain is overdried and breaks up into fine dust, that dust can form a crust in the grain bin. That crust can block the flow of air throughout the bin, causing the grain to cool improperly, Hartschuh said. That’s when clogs in the grain bin can occur, stopping the flow of grain out of the bin.

Given the wetter grain this year, Hartschuh recommended that farmers take the following precautions: 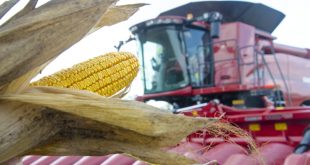 Caution: Will combine parts be available this fall?