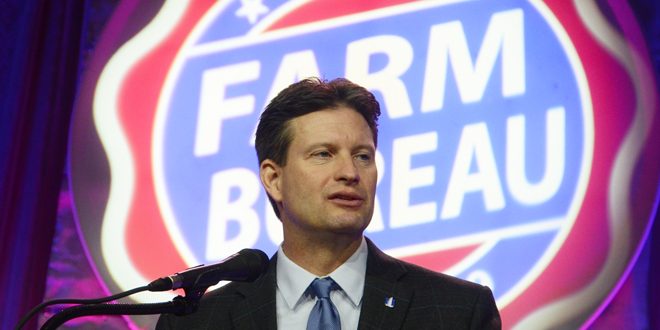 The Ohio Farm Bureau Federation rounded out its 100th year with the 101st annual meeting this week where there was plenty to celebrate and discuss.

“Less than 1% of U.S. companies make it to their centennial. I couldn’t be more excited for Ohio Farm Bureau members and their organization,” said Frank Burkett, III, OFBF president. “Our members are committed to water quality in the state of Ohio, so we had a lot of discussion on nutrient management, and at the same time we are going to have a lot of fun celebrating where we are today and where we are going in the next 100 years.”

Some of the other key policy discussions included transportation and infrastructure and wildlife management. The approved policies set the direction for the organization’s activities in the coming year. A record 381 delegates representing all county Farm Bureaus participated in the debate and discussion.

Efficient transportation is vital to a robust agriculture sector in Ohio, and delegates discussed finding a balance between the need to deliver farm products while maintaining roadways and bridges. Protections on the farm from wildlife and predators also were considered. Attendees discussed the need for sensible hunting regulations that respect the concerns of farmers, including security of livestock and crops. Other policy votes addressed property rights, education and permanent daylight savings time.

“The partnering part of this huge. We brag quite a bit in Ohio about the partnering that happens across our industry in our state and it keeps getting broader and more important. The commodity groups are all great partners of ours. We put in place a number of activities that we work on together. One is the State Fair and we partner on a number of youth programs as well to develop young leaders and help young people come into the industry,” Sharp said. “One thing that has gotten national attention in recent years is water quality. We formed a coalition to bring in even more people including environmental and conservation groups. That is pretty unique. “We have great people in those organizations who want to work with agriculture and that is a very good place to be. We have very divisive politics right now but we have been able to put together a coalition of the right people on this including Soil and Water Conservation districts, Ohio State University, other universities, agriculture, and environmental groups to collaborate with state government and put together the right kinds of programs for long term solutions for water quality. That is what we have been able to do here in Ohio with the Ohio Agriculture Conservation Initiative.”

Another highlight from the event was the recognition of three individuals for their lifetime achievements. Long-time Nationwide leader Steve Rasmussen received the Ezra C. Anstaett Heritage Award. Farmer Tom Price of Delaware County was honored with the Distinguished Service Award. OFBF Sr. Director of Corporate Communications Joe Cornely received the Agricultural Communicator Award, the second time he has been honored with the award. Farm Bureau volunteers, county organizations and state leaders nominated candidates for the awards.

In addition, 29 county Farm Bureaus were honored with Achievement Awards for outstanding programming over the past year.

Volunteer Farm Bureau members judged the projects, which represent excellence in local activities that support Ohio Farm Bureau’s strategic efforts. Those include programs to strengthen the organization and build membership, affect public policy, promote agriculture and enhance the organization’s relationship with long-standing partner Nationwide. The counties were placed in four divisions based on the size of their membership.

Collaboration Awards were also presented to county Farm Bureaus that worked together to create unique and effective programming. 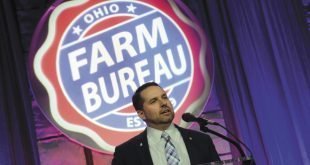 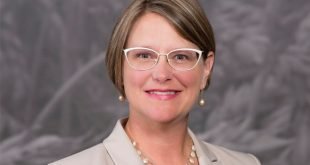 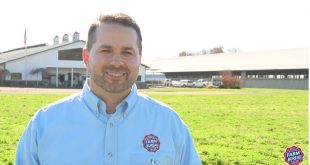 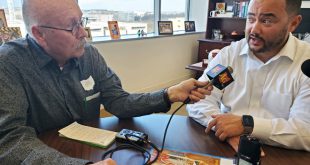