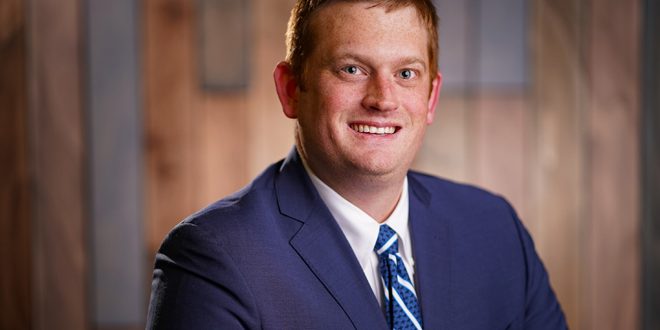 Luke Houghton of Westerville has been named director of development for the Ohio Farm Bureau Foundation, as part of Ohio Farm Bureau’s Strategic Partnerships department. He will be focusing his efforts on fundraising for the foundation and maintaining its scholarship programs.

Years as a legislative aide at the Statehouse in Columbus have given Houghton an extensive background in advocacy, fundraising, and strategic campaign management at the state and national level, and a solid understanding of agricultural and rural issues. Most recently, Houghton was with the Sportsmen’s Alliance as its director of state services. He received his bachelor’s degree in International Studies from Wright State University, where he began his membership with the Delta Tau Delta fraternity.

He is a native of Pickaway County where his family’s corn, soybean and wheat operation is located.