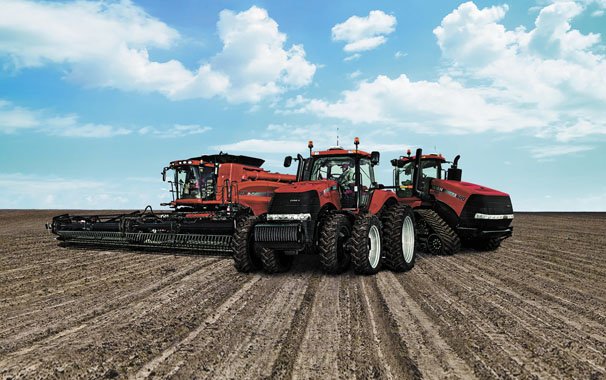 More land and bigger tractors: Can farmers produce enough to feed Phase One?

Can the farmers of the United States produce enough? That is a question being asked as the Trump Administration finalized the Phase One trade deal with China for purchase of $80 billion in agricultural products over the next 2 years and Congress works through the United States-Mexico-Canada Agreement that would also have huge export implications for U.S. agriculture.

President Donald Trump talked about this issue last fall at a rally in Louisiana.

With Phase One signed now, there are skeptics questioning the ability of U.S. agriculture to produce enough and if China will actually buy it. Ian Sheldon, an agricultural economist and professor with The Ohio State University College of Food, Agricultural, and Environmental Sciences (CFAES) thinks the $40 billion increase in China’s imports of U.S. agricultural goods by the end of 2020 is likely higher than either country can deliver on. China purchased $24 billion in U.S. agricultural goods in 2017 before the trade war began. So the deal is calling for a $16 billion annual increase above the 2017 total.

“How can a country virtually double imports in a year?” Sheldon said.“It’s good that the agreement means we’re not escalating the trade war. But I’m not convinced that either the United States or China can meet some of the commitments—at least not in the time frame they’ve set up.”

The only way China can likely do that is if the Chinese government pressures its state-owned trading agencies to commit to that level of purchases of U.S. agricultural goods, Sheldon said.

“Most farmers will tell you they want to be able to compete on the world market,” Sheldon said. “If the Chinese commit to importing more than they would have at world prices, then this is an artificial increase in market access for the United States.’’

Potentially further complicating the matter, other countries that export goods to China, including Brazil, could file disputes with the World Trade Organization alleging that the deal is discriminatory. Phase Two is supposed to address some of the more challenging sticking points of the ongoing trade dispute, including retaliatory tariffs.

Time will tell how the realities of these big-purchase promises play out from Phase One of the trade deal with China. Time will also tell if agriculture can rise to the occasion, with or without bigger tractors.