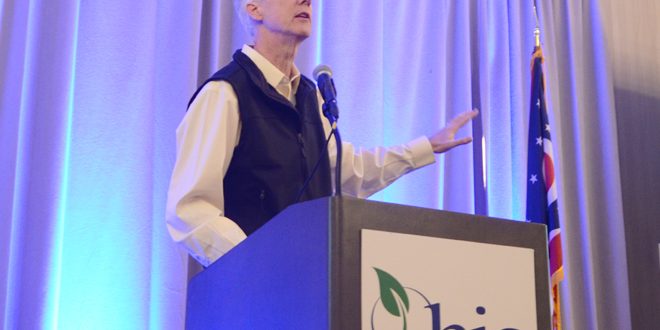 The annual Ohio AgriBusiness Association Industry Conference is underway, inspiring attendees to look forward into 2020 and beyond to the opportunities and challenges ahead.

To kick off the event on Jan. 30, Michael Swanson, an economist with Wells Fargo Bank, talked about how the three-point line changed the strategy of the game of basketball with the addition of an arbitrary line added to the court. Coaches, players and teams all had to adjust their game plans to account for the change and those who adapted most quickly and effectively had the advantage. Agriculture certainly has some similarities.

“Every day someone is drawing a new three point line on our court. It could be a regulatory three-point line. It could be a technology three-point line. Either way, it changes the game,” Swanson said. “Agriculture used to be a labor intensive industry and now it is an input driven industry. You used to be able to get up earlier, work later and out produce your neighbor. That is not always the case anymore.”

Hear more from Swanson in his conversation with Dale Minyo at the OABA Industry Conference.

OABA members, along with other industry professionals, also heard from other leading experts, educators and researchers during the two-day event. Two conference enhancements were available to attendees this year: the Safety & Risk Management Pre-event Day on January 29 and the AMP’T leadership program on January 31. The in addition to Swanson, the conference featured three other general session speakers: Janette Barnard — Entrepreneur; Jim Canterucci — Constituent Hub; and Scott Caine — Aimpoint Research. Breakout sessions represented a wide array of agribusinesses, higher education institutions and organizations from Ohio and across the country, including University of Illinois, Pennsylvania State University, Michigan State University, The Ohio State University, University of Kentucky, GROWMARK and Bayer CropScience. The Industry Networking Dinner and Annual Meeting on Jan. 30 featured keynote speaker Shirley Brooks-Jones, who inspired attendees to look for ways to give back in their own communities. Outgoing Board Chair Nathan Louiso of Axis Seed was recognized for his years of service to OABA. The organization welcomed Jackie Seibert of LW Seibert Farms, LLC as the new Board Chair. Louiso will transition to Past Chair, while Robert Mullen of Nutrien steps in to the Vice Chair role.

OABA has a distinguished history of serving the agricultural industry and its members through advocacy, policy leadership and educational programs. The Industry Excellence Awards honor excellence, professionalism and achievement among OABA member companies and their employees, and thereby encourage that same excellence in others.

“It is a great honor to recognize outstanding individuals in our industry,” said Chris Henney, OABA president and CEO. “These leaders set a high standard that agribusiness employees across all levels should aspire to achieve.”

Achievement as an Emerging Leader

The Achievement as an Emerging Leader Award is presented to an individual who represents the spirit of leadership as a growing agribusiness professional. Leadership is often difficult to define in everyday business activities, but it remains an important ability to cultivate. The 2020 award recipient is Karie Staley of Mount Gilead.

Staley, recently promoted to Branch Manager of Central Ohio Farmers Co-op’s Mount Gilled facility, now oversees all aspects of the facility’s operations, expanding her role and responsibilities after more than 20 years on COFC’s agronomy staff. Staley continually demonstrates a servant leader approach, putting the needs of the organization, her employees and customers above her own.

“The primary thing that makes Karie stand out is her relationship with the customers,” said Scott Crowder, President & CEO of Central Ohio Farmers Co-op. “The way that they trust her, they know that the guidance she’s going to give them will make them successful. And that’s what we’re all about: making our members and farmers successful.”

The Excellence in Safety & Stewardship Award is presented to an individual that demonstrates safety and stewardship in day-to-day activities and interactions with customers, encouraging others to put safety first and be good stewards of equipment and land. The 2020 award recipient is Cindy Ridzon of New Waterford.

Ridzon, Office Manager and Safety Coordinator for Witmer’s Feed & Grain, Inc., oversees office functions, develops and maintains safety policies and procedures, and ensures Witmer’s stays in regulatory compliance. Ridzon empowers employees to make safety their number one priority every day and encourages them to identify and address any safety risks before they cause an issue.

“Cindy’s concern for the safety and well-being of employees is authentic,” said Jeff Carr, Controller at Witmer’s Feed & Grain. “She’s been paramount in establishing a safety-minded culture here at Witmer’s. It empowers everyone here personally to take ownership of that safety-mindedness, knowing that safety is first and foremost.”

More details from the conference can be found at www.oaba.net/events_conference. 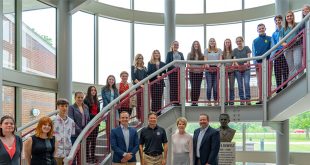 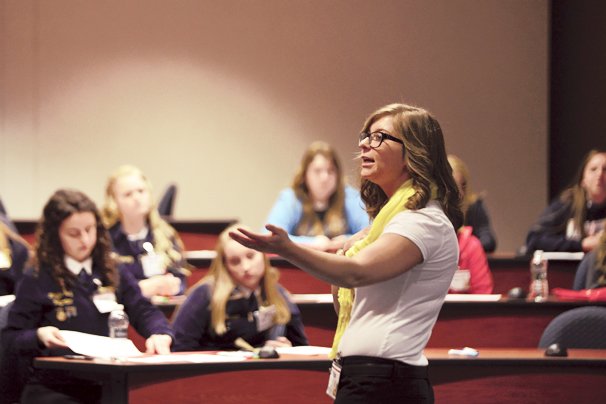 OABA Impact and Connection for women in AgriBusiness 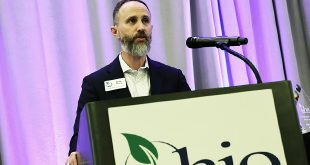