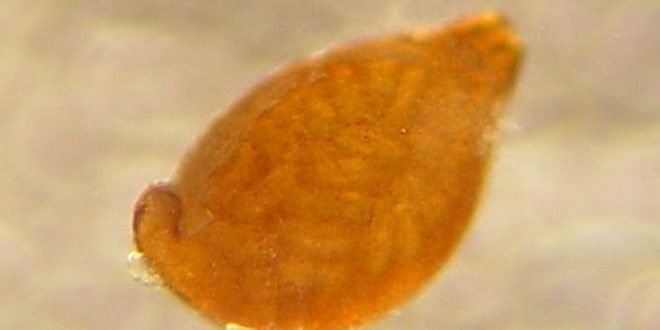 Why should you know your soybean disease rating numbers?

“Farmers need to take some time this winter and go back and look at their soybean seed varieties and see what the scores were for resistance to common diseases that they regularly see each year depending on what the environmental conditions are,” she said.

Soybean Cyst Nematode (SCN) is a pest that is frequently talked about. Recently, and a multi-state campaign known as “What’s your number? Take the test. Beat the Pest.” funded by the soybean checkoff and SCN Coalition has been attempting to raise awareness of the soybean yield losses as SCN populations rise. Nematodes are becoming “resistant to the resistance,” said Dorrance. Farmers are encouraged to sample their fields for soybean cyst nematodes to know what levels they are actually dealing with on each farm and in each individual field.

“The campaign is attempting to raise awareness of where SCN is and what source of resistance will still be effective,” Dorrance said. “Farmers need to know if it is the PI88788 or the Peking resistance.”

A resistant soybean variety should allow less than 10% reproduction of SCN. Put another way, a resistant variety should stop 90% of the SCN in a field from reproducing. Across the region, varieties with the PI88788 resistance are not hitting the mark according to recent surveys. In Ohio, 54% of the SCN populations have elevated reproduction on the PI 8878 resistance. On some farms, one out of every two nematodes can reproduce.

The SCN lifecycle can be completed in as few as 24 days during the growing season. There can be anywhere from 3-6 generations per year, with each female capable of producing over 200 eggs in each generation. As SCN reproduction increases, yields decrease. Each cyst is an actual dead female containing 200 eggs that will hatch. Each of those female eggs that hatch can produce another 200 eggs. This quick multiplication has been found to easily cause as much as a 14 bushel per acre yield loss in just one season.

“The one thing that we have found in the survey that should be of concern for Ohio Farmers is that we are now well over 50% of the fields surveyed that we can detect SCN populations. They are out there and we need to manage them. The other level of concerns is that 7% of the samples to date are in the 5,000 eggs and over level. That means management strategies to get the populations down, such as crop rotation away from soybeans, and including wheat or barley and corn, and then using resistant soybean varieties,” Dorrance said.

For some diseases, overwintering may be a concern. “While winter weather with extreme cold temperatures can help reduce some diseases and SCN egg numbers, that does not appear to be the case this year. This year has not had the extreme cold,” Dorrance said. “Farmers can actually be sampling for SCN right now. If there is a light crust in the soil, it makes it easier to get across the fields this time of year, and the probes can still go into the ground.” 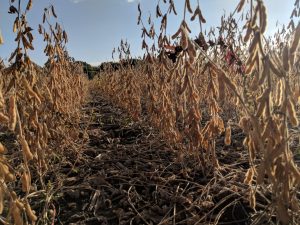 “Frogeye leaf spot was a problem in 2019 due to some of the late season rains we experienced. It has begun to overwinter in Ohio, and when we don’t have those long cold snaps, it survives well. The same can be said for other fungi, the cysts, and insects and everything that can harm our crops in the spring,” Dorrance said. “This also means that early scouting will be important in the spring and monitoring those fields that had frogeye last year when they are at V3 and V4, and even if you did not have frogeye, but you know it is a susceptible variety, then flowering is a good time to go check those fields.”

Predominantly frogeye leaf spot seems to be overwintering in the southern part of the state.

Dorrance says that farmers should be paying attention to the weather patterns. A field that is clean early in the season, may see disease spread quickly from fast moving storm fronts, as spores can be carried up from regions in the south that have high disease levels.

Cover crops can bed a mixed blessing when it comes to soybean disease.

“If the cover crops help to build the soil microflora that in turn break down the crop residue, because the disease surviving on crop residue is really the problem,” Dorrance said. “If a disease like frogeye leaf spot infected tissue is buried, then it is not a problem with spreading. If left on the surface, it will not break down as quickly.”

Another thing to be aware of is that some cover crops can serve as hosts for SCN. 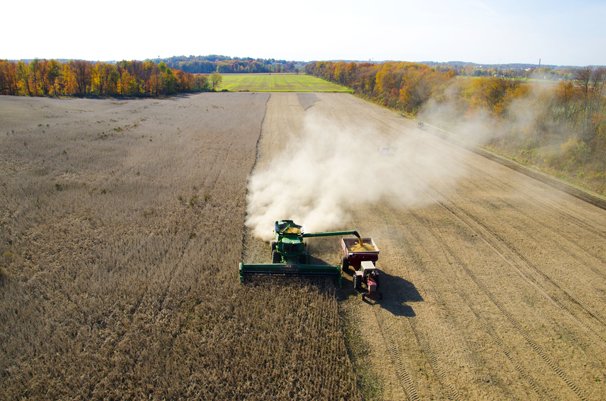 By James Hoorman, Hoorman Soil Health Services Many pests and diseases are rearing their ugly …