On Feb. 27, 2019, Wood County farmer Mark Drewes filed a lawsuit challenging the constitutionality and legal status of the Lake Erie Bill of Rights. The previous day, Toledo voters had approved creation of LEBOR during a special election. On Feb. 27, 2020, U.S. District Judge Jack Zouhary ruled LEBOR as “invalid,” ruling in favor of Drewes.

LEBOR granted rights to Lake Erie and empowered any Toledo citizen to file lawsuits on behalf of Lake Erie. It gave Toledoans authority over nearly 5 million Ohioans, thousands of farms, more than 400,000 businesses and every level of government in 35 northern Ohio counties plus parts of Michigan, Indiana, Pennsylvania, New York and Canada. LEBOR was passed despite the prevailing legal opinion that many of its provisions were unconstitutional at the time. Those legal opinions were reiterated in Judge Zouhary’s conclusion: “Frustrated by the status quo, LEBOR supporters knocked on doors, engaged their fellow citizens, and used the democratic process to pursue a well-intentioned goal: the protection of Lake Erie. As written, however, LEBOR fails to achieve that goal. This is not a close call. LEBOR is unconstitutionally vague and exceeds the power of municipal government in Ohio. It is therefore invalid in its entirety. The Motions of Drewes Farms Partnership and the State of Ohio…are granted, and the City of Toledo’s Cross Motions…are denied.”

The victory is a massive win for Drewes Farms Partnership, the entire watershed and beyond, according to Ohio Farm Bureau.

“It is as clear today as it was one year ago that LEBOR was invalid and counterproductive to the real measures being taken for clean water in Ohio,” said Adam Sharp, Ohio Farm Bureau Executive vice president. “We commend Mark Drewes for taking on this battle on behalf of farmers throughout the Lake Erie Watershed and we appreciate Judge Zouhary’s thoughtful verdict on this important issue. We hope this decision can place the focus back on the efforts Ohio farmers are making to be part of the solution to water quality challenges.” 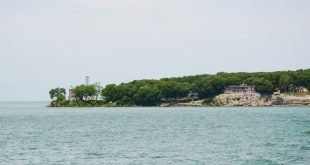