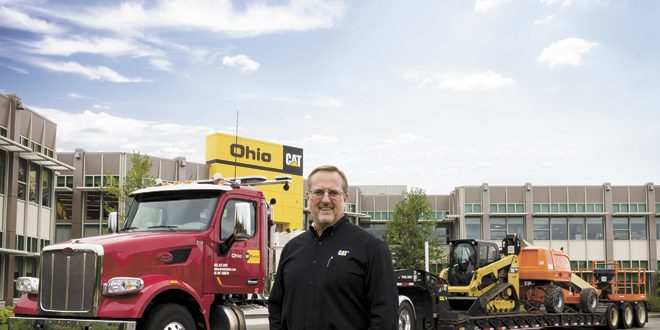 Founded in February 1945, Ohio Machinery Co. initially operated out of one location in Columbus with 39 employees. The following year, with 109 employees, the headquarters moved to Independence, Ohio in the Cleveland area. In 1971, due to continued growth and the need for more space, the headquarters moved to its current location in Broadview Heights. In 2003, Ohio Machinery Co. acquired Holt Company of Ohio. At that time, the organization operated out of 16 locations with 837 employees covering a territory including Ohio, Northern Kentucky and Southeastern Indiana. With the Holt acquisition, Ohio Machinery Co. rebranded and commenced doing business as Ohio CAT.

Since that time, the organization has diversified its offerings and has continued to grow. Ohio Machinery Co. acquired International Fuel Systems in 2008, the Ag Division went to market under a new name in 2012, Ohio Ag Equipment, and in 2017 it became the Thomas Built Bus dealership for Southern Ohio. Then, in 2018, Ohio Machinery Co. acquired the Ohio assets and personnel of Allstate Peterbilt making it a dealership for the sales, parts and service of Peterbilt heavy-duty and medium-duty on highway trucks operating under the name Northern Ohio Peterbilt. At the end of 2019, the company acquired AMG Peterbilt LLC and its Peterbilt territory in Central and Southern Ohio, allowing the company to rebrand under the name Ohio Peterbilt. Ohio Machinery Co. currently operates 36 locations and employs nearly 1,700 employees.

Through good times and bad, the company recognized its people as the foundation for its success. Today, third-generation owner, Ken Taylor, leads the organization with a balance of keen business-sense while being highly engaged with employees, customers, Ohio’s communities and Ohio’s non-profit, charitable organizations.

At all levels of the Ohio Machinery Co. organization, the vision is clear: to be the top performing, dynamic industry leader and trusted partner of choice for the products and solutions that help customers build, improve, feed, power, move and protect our world. Additionally, the employees understand that Ohio Machinery Co.’s corporate mission, as a sales and service enterprise, is to create exceptional value for its Customers and Communities through proud, knowledgeable and engaged employees who consistently exceed customer expectations. Employees’ dedication to this core vision and mission has brought tremendous growth and success to Ohio Machinery Co. over an extended period of time.

As the company celebrates its 75th Anniversary, festivities will focus on employee and customer appreciation, facility improvements and signage, tooling and technology, philanthropy and charitable service, and reflection on the organization’s legacy. Store locations and company vehicles throughout Ohio, Northern Kentucky and Southeastern Indiana will display 75th anniversary signage and decals throughout the year. Ohio Machinery Co. and its people are grateful to have participated in the success and growth of the businesses and communities they have served over the past 75 years.