Corn stocks less than expected but acres of 97 million acres were above the high end of expected.

The March 31 reports included quarterly grain stocks and U.S. acres estimates for 2020. It did NOT have supply and demand tables for grains. Those will be out with the April 9 WASDE Report.

Quarterly grain stocks will be the focus today as corn stocks easily captured the most attention. For months various industry and producer reports indicated last year’s corn quality was below average as numerous areas harvested light test weight corn. There is above average concern holding corn with questionable quality could be treacherous into the summer months.

Last week Russia put a quota on April, May, and June wheat exports of 7 million tons. Earlier, it had been expected 8 to 10 million tons would be exported in that same period.

Weather emphasis will increase in coming weeks with spring planting just around the corner. The southern U.S. Corn Belt could see less rain in the coming week compared to forecasts several days ago. Also, both the Brazil and the Black Sea are dry.

In the past two weeks, both soybeans and wheat have seen price rallies from their March 16 lows. Soybeans have captured attention with China soybean and soymeal supplies tight. Brazil has roughly 12 million tons of soybeans on the water headed for China. In addition, with less corn crushed for ethanol and DDGS, it has pushed soybean crushers to be more aggressive in securing soybeans to produce soymeal. Soybean crushers certainly want to have product available to take up the slack of less protein in the form of DDGS. Also, wheat flour millers have been actively securing wheat to order to have plentiful supplies in order to keep flour on the store shelves.

Weather forecasting could be somewhat hampered in coming weeks. Less commercial airliner traffic into Europe means those data points normally collected from the atmosphere are not available. The GFS model could be more reliable than the EU model since the EU model takes those airline data points into account. 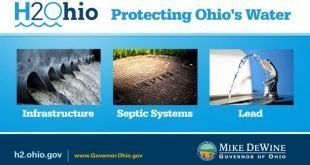