As the nation battles COVID-19 in humans, though, veterinarians must also be concerned with diseases facing animals. The most notable right now is the threat of African Swine Fever. So far, the costly disease to the hog industry has not been found in the United States, but the prevention effort requires ongoing action. At the recent American Association of Swine Veterinarians annual meeting, veterinarian Clayton Johnson, a partner with Carthage Veterinary Services, Carthage, Illinois, offered five things that producers and veterinarians can keep in mind to prevent ASF from entering the United States or from spreading once it arrives.

“Half of the world is in some stage of the battle against ASF on their soil,” Johnson said. “However, the United States holds the greatest arsenal of weapons to fight ASF with our good biosecurity strategies, diagnostic expertise, vaccines in development and good cleaning and sanitation capabilities.”

Johnson advocates sharing resources and expertise as much as possible in the fight against ASF. That includes veterinarians, researchers, diagnosticians, pharmaceutical companies and others coming together.

“When a country becomes positive for ASF, we don’t see it going back to normal,” Johnson said. “We should be very disturbed by this reality and do whatever is necessary to prevent from becoming the next ASF casualty.” 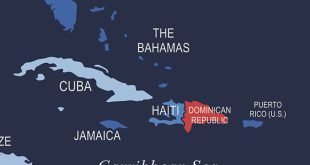 Despite 2019 having been China’s official “Year of the Pig,” things could not have been …