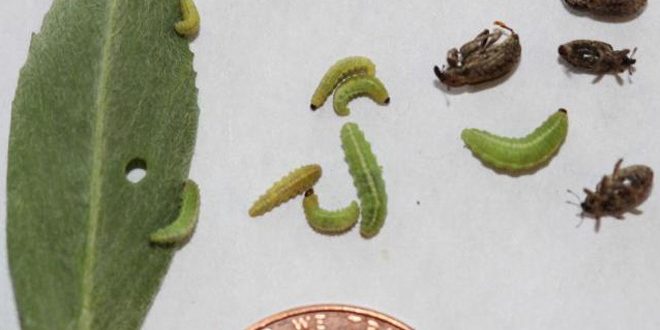 Be on the lookout for alfalfa weevil

Though it seems like spring has been slow to come this year, we have actually accumulated enough degree days to see potential outbreaks of alfalfa weevil in some locations. Ohio experienced its 5th warmest winter on record (1895-2020) and March temperatures averaged 2 to 8 degrees F above average. Overwintered adults begin laying eggs when temperatures exceed 48 degrees F. Peak larval activity and feeding damage occurs between 325 and 575 heat units (based on accumulation of heat units from January 1 with a base of 48 degrees F). Current (Jan. 1 – Apr. 11, 2020) heating units range from near 100 in far northeastern Ohio, 100 to 200 across much of northern Ohio, and 200 to 300 units across much of central, southwest, and southeast Ohio. South central Ohio has currently eclipsed 300 units as evident at OSU South Centers in Piketon.

In short, now is the time to start scouting. Alfalfa fields should be scouted weekly for weevils until at least the first harvest. Don’t let your guard down with the recent turn to cooler weather! We’ve seen significant weevil infestations in past years when early warm weather pushed weevil development earlier than normal, followed by cooler weather later that slowed alfalfa growth. The result was weevil larvae reaching stages when a lot of feeding occurs and the slowed alfalfa growth not staying ahead of their feeding damage. Follow-up scouting may be needed after the first harvest in heavily infested fields. 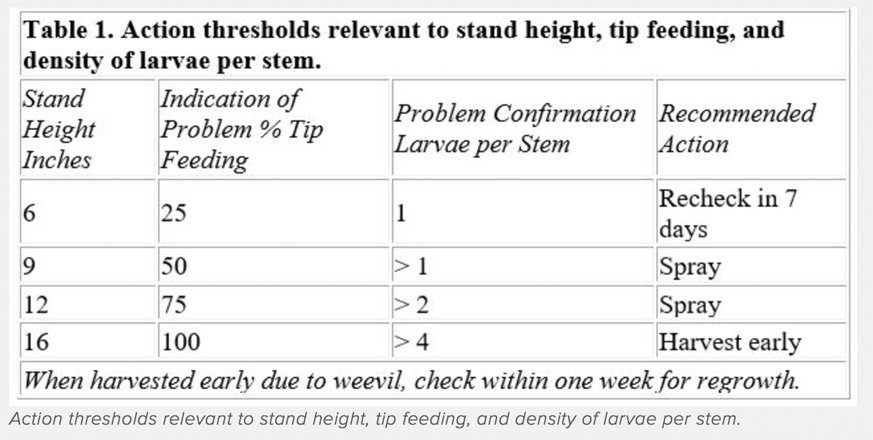