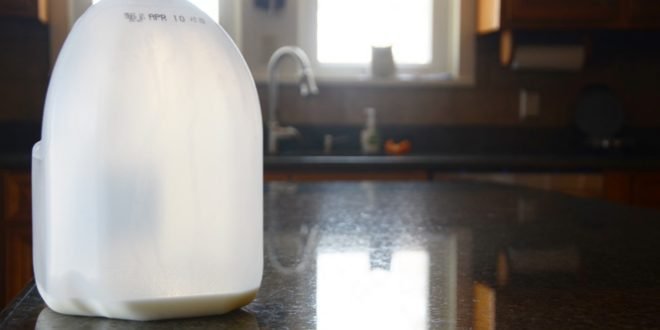 For years, the milk truck pulling into the farm drive has been something the Hartschuh Dairy Farm in Crawford County planned their daily schedules around.

“Today was different, though. The milk truck didn’t come for its scheduled pickup. For the first day ever in 44 years, our milk hauler didn’t run their regular route taking milk from farms to the dairy processing plant,” said Rose Hartschuh in a Facebook post. “First, we heard a rumor from a neighbor who sends their milk to the same plant as we do. Then, later in the day, it was confirmed with a call to us. Every producer who sends their milk to our plant is dumping one to two days’ production, depending on the farm, down the drain — ourselves included.”

The Hartschuh milk goes to Dairymens in Cleveland, and due to a rapid and dramatic shift in the supply chain, Dairymens does not have room to take any more milk today. Roughly 38% to 40% of the milk from that plant is used for butter and cheese for the restaurant and food service industry. Orders have been cancelled from restaurant buyers sending demand plummeting, especially for this particular processing plant.

“The milk plant is full. It cannot hold another drop. Yesterday delivery trucks that take the bottled milk to the grocery stores returned back to the plant with full jugs. Stores didn’t have any more room on their shelves to accept delivery,” Hartschuh said. “This created a backlog at the milk plant, and they had no choice but to leave perfectly good milk at the dairy farms.”

Another larger family farm in northwest Ohio said they have not had to dump a tank yet but have been told that it is most likely coming. This farm sells its milk to Dairy Farmers of America (DFA) that is facing a similar situation. As they have visited about the situation with other dairy farm friends in the state of New York, those farms have been dumping milk for a while. The situation appears to be the worst in the northeastern U.S. and upper midwest. One estimate was that DFA had 300 to 350 tanker loads of milk in the northeastern U.S. that did not have a home.

Scott Higgins, president and CEO at American Dairy Association (ADA) Mideast, said the issues are due to the massive and rapid shift in dairy demand from restaurants to retail stores.

“About 30% to 40% of our dairy foods are sold through and consumed through food service outlets. Ever since the executive order was enacted that asked food service establishments to shut down, more consumers are going to have to get more of their needs supplied by grocery stores. What we are dealing with now is a shift and a restructuring of the distribution system and getting the products re-routed to grocery stores for that consumption,” Higgins said. “The ADA staff has been working with our processing community and they have assured us that they are able to meet the needs of the public at the grocery store.”

When demand from restaurants and food service immediately plummeted, the processors who supplied that sector of the industry were backed up. Processors package dairy products in different ways for different end-users and right now storage is full for those who supply larger quantities for restaurants. The warehouses are full of cheese, yogurt, and other dairy products packaged in large food service and restaurant-sized containers rather than smaller retail-sized consumer packaging. Most grocery shoppers do not want to buy a 10-pound block of cheese or a 1-gallon tub of yogurt. Dairy processing plants cannot switch packaging methods as rapidly as the changing pace of the demand shifted under the current situation.

“Cows don’t stop milking. They have to be milked every day,” Higgins said. “If we are long on milk and there is not enough space at the dairy processing plant, it is generating a situation that we had some milked that needed to be disposed of.”

As demand at grocery stores skyrocketed, some retailers responded by putting limits on dairy products, milk in particular, to keep supply in stock.

“Now we are asking the grocery stores to lift those limits to encourage consumers to be confident that the dairy foods they need for their families will be there for them,” Higgins said. “We are asking everyone to be patient, be calm and enjoy the dairy products our dairy farmers are producing. Let’s work together to get through this together.”

At the same time, export sales have ground to a halt in a concerned world economy. Class IV powdered milk is stockpiling and not moving oversees. The school milk demand was also cut off two months earlier than normal, which is a huge user of fluid milk.

“Now that we are out of session with schools, we have been working with them to make sure they have milk, cheese and yogurt for the take home brown bags being sent home through the week,” Higgins said. “We also are working diligently to try and connect processors with food banks that have needs and we were able to find a home for 20,000 gallons of milk just the other day at an Ohio food bank. We are doing everything we can to work with our processors and our groceries to meet the public’s demands.

“Dairy farmers work every day. We have a tremendous processing system in Ohio, but a lot of that was sold through food service. We’ve got the products. We’ve got the milk. As a dairy industry we want to assure consumers there is plenty of milk available to them at the grocery store.”

Milk prices have plummeted since the beginning of March and the huge financial loss of dumping perfectly good milk into the manure lagoon is tough to take for already struggling dairy farms, Hartschuh said.

“Perhaps the most worrisome effect of this milk dumping is the mental and emotional strain it puts on farmers. It took over an hour for our milk tank to drain today. That’s a long time to watch the time, money, and care you’ve invested into your cows go to waste. Our hearts sank as 31,000 pounds, or over 3,600 gallons, dumped down the drain and flowed into our manure lagoon,” she said. “Certainly, some fresh milk would be welcomed in the food pantries that serve our neighbors. The next time you’re at the grocery store, if there aren’t posted limits, would you please pick up a couple extra gallons and drop off at a food pantry? It will help your neighbors, and hopefully it can do some good for some dairy farmers. Or, order a pizza with extra cheese and have it delivered to your local workers on the front line. Heaven knows we would love to see some good come from a bleak situation. When you say your prayers tonight, add farmers to your list. They’ve weathered storms before, and God willing, they’ll weather this one too.”