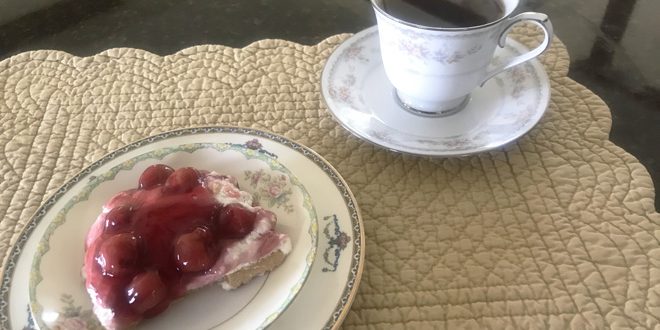 Well, Ohio agriculture, this is a pretty tough one. There has been more gloom and doom recently than I really care to report. Agricultural markets, across the board, are dismal. The food supply chain is crumbling and so is the economy. Some blame the virus. Some blame the government. Some blame society. Some blame China. Some blame faulty models and calculations. All are probably partly right.

None of that blame, though, really does much to address the tough situation. Fortunately, though, agriculture is used to tough. Tough builds character and shapes heroes who rise to the occasion and make challenging situations better.

After looking at the recent dismal corn prices, OCJ marketing specialist Risë Labig decided that lunch would be dessert with coffee and her best china in the company of some of her heroes.

“I needed a few minutes to decide whether or not I’m going to let this current crisis get the better part of me, and I’m NOT. I decided to get out some long forgotten china that belonged to my grandmothers from both sides of my family, and my own wedding china for some decaf coffee,” she said. “I needed to pause and think about these grand old ladies who went through the Depression, and survived. My wedding china reminded me that in the last 40 years we’ve been through a lot in ag and we’ve survived.”

Maybe fine china is not your thing, but hopefully you have something that connects you to your heroes and inspires you to become a hero to others, even if it’s just for the duration of a lunch break. The times we are currently living in may be unprecedented in some ways, but the level of the challenge being faced certainly is not. There have been many greater challenges before and more are surely yet to come. We are all faced with daily decisions of how to handle the situations of our lives. We can choose the smallness of self or we can aspire to the greater service demonstrated by heroes who have gone before us and triumphed in the face of adversity. Tough times are not new and neither are heroes.

President Ronald Reagan’s first inaugural address in January of 1981 covered, very well, the role of heroes in our society. You may find some relevance in his words today.

We hear much of special interest groups. Our concern must be for a special interest group that has been too long neglected. It knows no sectional boundaries or ethnic and racial divisions, and it crosses political party lines. It is made up of men and women who raise our food, patrol our streets, man our mines and our factories, teach our children, keep our homes, and heal us when we are sick — professionals, industrialists, shopkeepers, clerks, cabbies, and truckdrivers. They are, in short, “We the people,” this breed called Americans…

…Directly in front of me, the monument to a monumental man: George Washington, Father of our country. A man of humility who came to greatness reluctantly. He led America out of revolutionary victory into infant nationhood. Off to one side, the stately memorial to Thomas Jefferson. The Declaration of Independence flames with his eloquence.

And then beyond the Reflecting Pool the dignified columns of the Lincoln Memorial. Whoever would understand in his heart the meaning of America will find it in the life of Abraham Lincoln.

Beyond those monuments to heroism is the Potomac River, and on the far shore the sloping hills of Arlington National Cemetery with its row on row of simple white markers bearing crosses or Stars of David. They add up to only a tiny fraction of the price that has been paid for our freedom.

Each one of those markers is a monument to the kinds of hero I spoke of earlier. Their lives ended in places called Belleau Wood, The Argonne, Omaha Beach, Salerno and halfway around the world on Guadalcanal, Tarawa, Pork Chop Hill, the Chosin Reservoir, and in a hundred rice paddies and jungles of a place called Vietnam.

Under one such marker lies a young man — Martin Treptow — who left his job in a small town barber shop in 1917 to go to France with the famed Rainbow Division. There, on the western front, he was killed trying to carry a message between battalions under heavy artillery fire.

We are told that on his body was found a diary. On the flyleaf under the heading, “My Pledge,” he had written these words: “America must win this war. Therefore, I will work, I will save, I will sacrifice, I will endure, I will fight cheerfully and do my utmost, as if the issue of the whole struggle depended on me alone.”

The crisis we are facing today does not require of us the kind of sacrifice that Martin Treptow and so many thousands of others were called upon to make. It does require, however, our best effort, and our willingness to believe in ourselves and to believe in our capacity to perform great deeds; to believe that together, with God’s help, we can and will resolve the problems which now confront us.

And, after all, why shouldn’t we believe that? We are Americans.

I am guessing each person reading this can think of some examples of heroes they have seen at work. Even in this busy time of year amid a global disaster, take time to thank, celebrate and maybe even serve your heroes. And, better yet, become one.

We who are strong ought to bear with the failings of the weak and not to please ourselves. Each of us should please our neighbors for their good, to build them up. — Romans 15:1-2.

You can check out all of Reagan’s speech at: teachingamericanhistory.org/library/document/first-inaugural-address-6/. 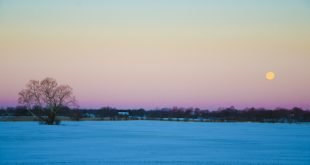 How to stay healthy at home in the COVID-19 pandemic 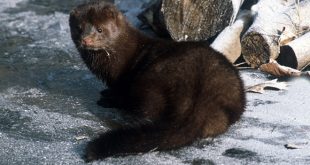