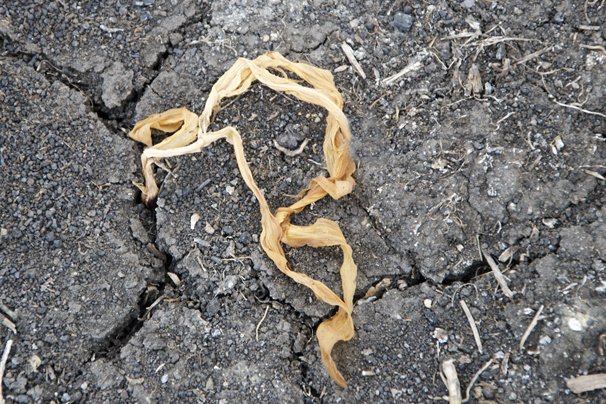 Cold temperatures could lead to frost concerns for crops in the next couple of weeks.

Cold weather continues into May

Temperatures in April were about 2 to 5 degrees F below the long-term mean and included three major freeze events that brought some horticultural damage across southern counties and scattered minor reports of burned tips on alfalfa and wheat.

Precipitation varied significantly across the state. Unlike much of the spring of 2019, lighter amounts fell across northwest Ohio compared to southeast Ohio. Only about 1 inch of rain fell in southern Fulton/northwest Henry Counties for the month, with more than six inches in parts of Adams, Monroe, and Belmont Counties. These totals are about 1 to 2 inches below the long-term mean in the northwest, with most counties southeast of I-71 showing surpluses of 1 to 4 inches for the month.

This past weekend, many areas throughout Ohio hit 80 degrees F for the first time this season, but those conditions are gone and not likely to return for a while. In fact, temperatures are expected to be more April-like over the next couple of weeks. Highs will generally be in the upper-40s to upper-50s (north to south) and overnight lows in the 30s, with a few passing disturbances that may bring some light rain during the week. A few spots, mainly across northern Ohio and low-lying areas elsewhere may be dealing with some frost/light freeze conditions throughout the week and even some conversational snowflakes by the weekend as well. Be sure to monitor changes from your National Weather Service offices and local media.

The latest NOAA/NWS/Climate Prediction Center outlook for the 6 to 10 day period (May 10 to 14) shows a strong probability for below average temperatures with slightly elevated probability for below average precipitation. Highs during the period should be in the upper-60s to mid-70s (north to south) with overnight lows in the mid-40s to low-50s and about 0.9-1.10 inches of precipitation per week. The 16-Day Rainfall Outlook from NOAA/NWS/Ohio River Forecast Center reflects near to slightly below average precipitation over the next couple of weeks as well. 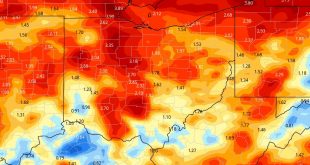 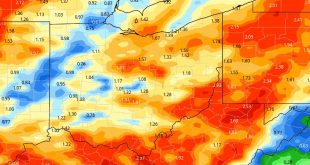