Late planting and corn stands in 2020

I finished planting my corn about 6 weeks ahead of last year. I thought with the stay-at-home policy for OSU I would be ready to plant at a moment’s notice. While things are not as delayed this year as they were last, the weather still didn’t allow me to plant in April or even in early May. Oh, and for my planting window, I have had three periods of about 24 hours each.

With some “late” planting, folks are concerned already about whether or not we have enough growing season to get us through. Not to worry. The corn plant has the ability to adapt to the later planting by advancing more rapidly through the growth stages — work done at Purdue and Ohio State by graduate students of Bob Nielsen and Peter Thomison, showed that the number of growing degree days (GDD) needed from planting to maturity decreases by about 7 GDD per day of delayed planting. As a result, a hybrid planted on May 30 needs about 200 less GDDs to achieve maturity than a hybrid planted on May 1. And boy, did we see this kick in for our crop in 2019; so maybe you aren’t too worried.

What are some of the factors that may contribute to poor stands? The use of shallow tillage tools following a mild winter with limited freezing and thawing may have added to existing compaction. Also, some fields were compacted last fall during harvest (and probably last spring too). Finally, add a couple or three or four rain events this spring and you have multiple factors that will contribute to loss of soil structure with associated soil compaction. A couple of us were talking about how much down pressure we needed to get planted “properly” this spring — so we definitely had some hard soils.

Other possible contributing factors to corn stand loss in these fields include:

The above factors may have been exaggerated by the late winter, and sudden onset of summer. The week before we started planting in earnest, I had snow at my house and several mornings of frosts. Was the soil really as warm as we’d wish when planting started? 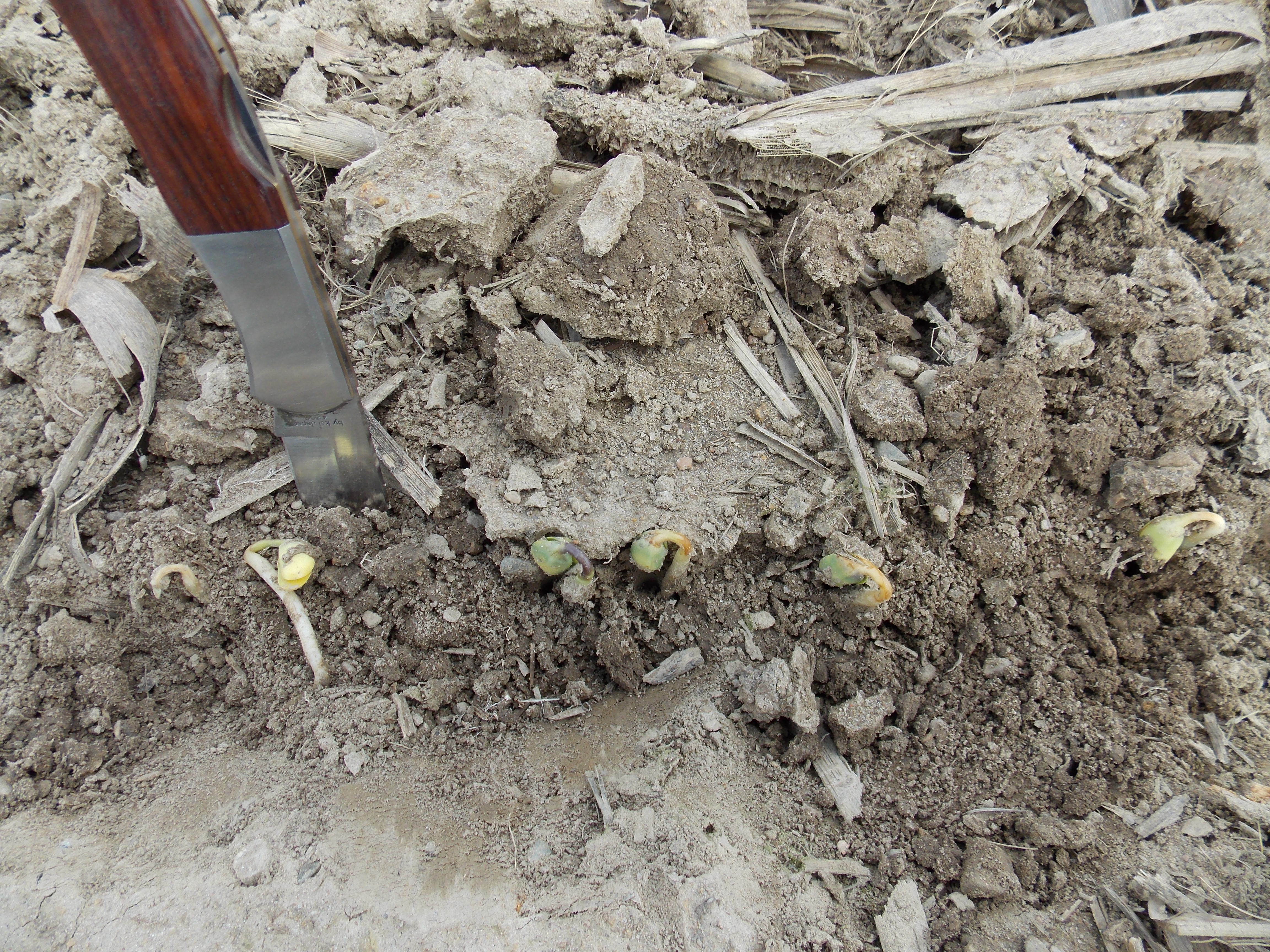 By James Hoorman, Hoorman Soil Health Services Spring is a time for new growth by …