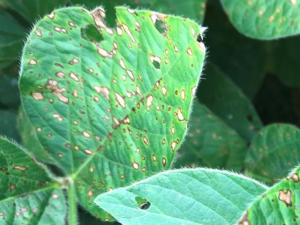 Ohio farmers can be grateful that Anne Dorrance is working on their behalf. The soybean research and extension pathologist at Ohio State University has been monitoring soybeans across the state for the appearance of diseases including frogeye leaf spot in addition to her teaching and administrative requirements.

With funding support from the Ohio Soybean Council, she is monitoring for diseases and studying ways to mitigate them.

“It is my commitment to the Council to keep on top of any disease that might come into the state,” Dorrance said. “Their funding has enabled me to monitor for all diseases and their potential yield losses, and also run the experiments to detect when there is fungicide resistance in the state.”

Dorrance is involved with many research projects in the state and the Midwest, and this project allows her and her students to move with the surge when a plant disease emerges and to shift resources quickly within the season.

Soybean stem canker appeared in a certain group of varieties a couple years ago, and frogeye leaf spot has been the most prevalent disease recently, Dorrance said. In 2018, she received more than 50 samples, which mainly come from private farms in the state. Last season, only four samples were submitted. But she is concerned for this upcoming growing season and frogeye leaf spot emergence.

It has been discovered that the pathogen leading to frogeye leaf spot can overwinter in the soil and the key temperature for its survival is above 17 degrees Fahrenheit.

“Ohio usually has at least 20 days below 17 degrees between December, January and February,” Dorrance said.  “When I went back through historical temperature records, one year the state had only eight days below 17, and we had an outbreak of Frogeye Leaf Spot the following season.”

Dorrance said this past winter there were zero days below 17 degrees.

“Hopefully, the soybean varieties have resistance now. If not, we will have some issues,” she said.

The other objectives of this project include working with resistance and management protocols for soybean diseases. Dorrance helps breeders at the university and in Ohio by screening their populations for resistance to several diseases. She and her staff also run tests for seed treatments and foliar fungicides to help seed companies as they develop more effective soybean defense systems. The results from these tests either go back to the companies she is working with or she publishes the results independently.

These independently published results are shared with farmers through Dorrance’s extension appointment. She creates informative publications for farmers that can be shared at meetings or field days and are also available on her website: https://u.osu.edu/osusoybeandisease/.

Dorrance is also part of a regional group of extension soybean pathologists, who shares data and information between each other and then with farmers in the North Central region.

“We combine data from annual fungicide and seed treatments, which allows for a good comparison with a control group, so we have confidence in the results,” she said. “Because not every location has all the diseases every year.”

The group manages the Crop Protection Network website, which is supported by United Soybean Board, North Central Soybean Research Program and other agricultural organizations. Extension publications that deal with soybeans, corn and small grains are housed on the website. Much of Dorrance’s research is posted on this website as well. 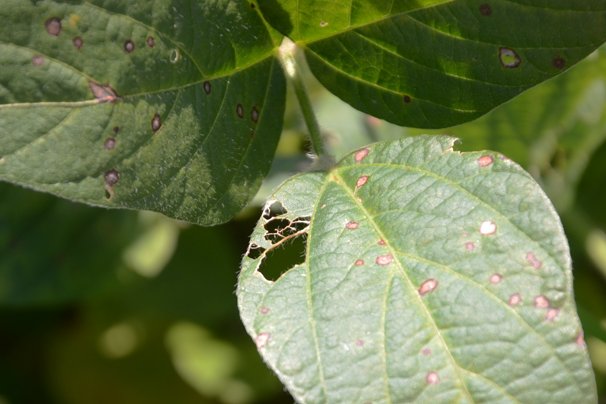 Will fungicide resistant frogeye be an issue for Ohio in 2020? 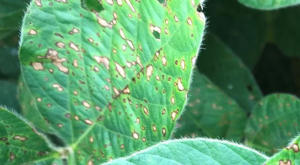 Why should you know your soybean disease rating numbers?