Producers continue to be upset with the price action in corn for 2020 as they hold much larger than normal inventories at the end of May. Gone for months are the hopes of exceeding the highs seen last summer. Instead, devastating demand destruction with the coronavirus has seen corn for ethanol decline 475 million bushels from February through May. When U.S. consumers drive less, gasoline demands shrink. While this is old news, it will haunt corn demand for many, many months into the future. Traders are expecting the corn for ethanol line to shrink an additional 300 million to 400 million bushels for old crop corn by the end of August. July CBOT corn fell below the 50-day moving average late in January. It finally moved above that line which was $3.2875 the last two trading days of May as it reached $3.31 but could not close above that line.

Ohio producers continued to struggle with planting corn and soybeans much of May. Adding to the misery were rainfall totals of 4 to 6 inches in central Ohio the third week of May. Planting progress the third week of May for Ohio producers ranged a broad spectrum. Weather forecasts into June 10 had much above normal temperatures and below normal rainfalls for at least the western Corn Belt.

China demand for soybeans continues to be vast but below levels seen in previous years. The U.S. is getting a portion of that business. However, Brazil is getting the lion’s share. In April, Brazil shipped 12 million tons of soybeans to China. Indications suggest China’s soybean import needs could increase in coming months. Don’t be surprised if the amount of soybeans imported from the U.S. could also increase from previous estimates.

Producers need to be examining various programs for possible price assistance on 2019 production. They will need to make contact with FSA offices and in some cases application can be done online. With the announcement of the CFAP (Coronavirus Food Assistance Program) last month, producers could be eligible for payments on 2019 corn and soybeans from their FSA offices. Payments would be based on unpriced inventory as of Jan. 15, 2020, not to exceed 50% of 2019 total production. Payments would be 33.5 cents per bushel for corn and 47.5 cents per bushel for soybeans with 50% from the CARES Act Payment Rate and 50% from the CCC Payment Rate. The numbers above represent the average of the two funds of money. There is some confusion as some articles are combining the two payment rates and not using the average payment rate.

In addition to CFAP, producers would also want to look at WHIP+. Last fall this program included areas where natural disasters took place in 2018 and 2019 from wildfires and hurricanes, hence WHIP (Wildfire, Hurricanes Indemnity Program). It was later expanded to include other natural disasters such as planting delays, now WHIP+. The program expansion gained significant attention just as our planting season commenced. Many Ohio counties are eligible due to 2019 planting delays from the wet planting season. This program looks at your 2019 crop insurance levels, the 2019 production, and then bumps coverage levels higher. In numerous situations your crop insurance coverage may not have triggered an indemnity payment. However, WHIP+ now creates a payment. For example, with WHIP+ your 75% crop insurance level now becomes 92.5%, and your 80% or 85% now becomes 95%. There is not set payment rate per bushel.

FSA offices at the end of May were still operating with limited staff in the office and or staff working from home. Deadline dates to apply for CFAP are into August. Whip+ does not have a deadline yet published. You don’t need to rush to the FSA office today but don’t wait until this fall’s harvest is over either. 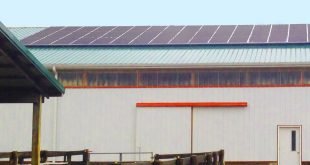 By Matt Reese and Dusty Sonnenberg For years, the milk truck pulling into the farm …