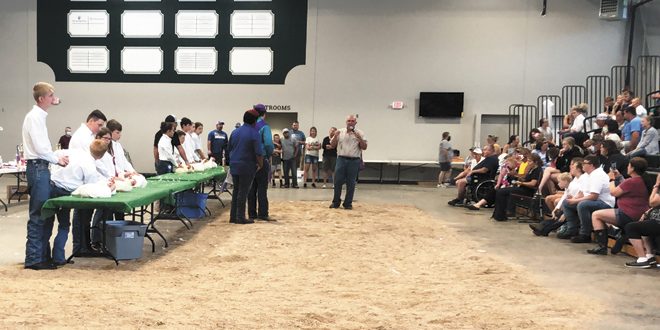 Exhibitors show their turkeys at the 2020 Pickaway County Fair.

Jane Warnimont is a Putnam County 4-H advisor and mother of 4-H members who has seen the ups and downs first hand.

“Back in February when things started occurring you got the inkling that something was coming down the pike. March, though, is kind of when things really shut down. That included 4-H and we couldn’t meet with our 4-H members. Those are critical moments for getting things done,” Warnimont said. “Clubs usually start meeting in January and February. Most clubs are really starting to meet their checkpoints in April or May in a normal year. Zoom meetings are helpful but you don’t have that one on one if kids are having problems. This was really tough for first year members too.”

It was maybe toughest for those with livestock projects.

“Livestock people were starting to purchase their animals way back in September. Who would have thought this would happen back in September? Many more were purchased in January and February,” Warnimont said. “The biggest challenge was do we or don’t we? Are they going to have a junior fair or are they not? I have a son and this is his last year. It was important to me that he be able to show. He lost all of these things from his senior year and he had three types of livestock projects at home. He was committed. He never stopped.”

Fortunately, the Putnam County community stepped up and worked together to put on a fair.

“One thing that helped tremendously is that we had parents really step up to the plate and help out. Parents were going online to get the books on their own and older 4-H and FFA members really came together too and did what needed to be done to help younger members get their projects done,” Warnimont said. “It started out very negative, but it turned out so positive with these kids. It was a tremendous effort of working together and a great community atmosphere to pull it off. The community, the senior fair board, Extension office, everybody worked together to make this a positive experience. They knew it was all for the kids. That is really what it is all about.”

The community rallied for fundraising, volunteered to help and worked together to organize a fair in around two weeks from the time of the release of new, more relaxed guidelines. Jason Herrick, 4-H Extension educator in Putnam County, said it wasn’t quite business as usual at the fair, but there was still plenty to celebrate.

“We were able to get our 4-H members in here to exhibit their livestock projects this year. We are thankful for that as well as some demonstrations and some still projects in the junior fair building. It was nice to be here and doing what we were planning on doing since November and December when we started with 4-H enrollment,” Herrick said. “We started off with weigh-ins and volunteers were stepping up and filling in a lot of gaps. Our senior fair board members have done a lot of work this year instead of the junior fair board. We’ve asked those kids to disengage from some of those things that may put them in a high-risk situation. The senior fair board and volunteers really filled in that gap. It was different for all of us but it is going well. We got our livestock in place and then had successful shows with nice crowds and nice support from families.”

In Pickaway County too, the community worked together to put on a fair in June.

“Our main reason for being so adamant about having a fair was when this all came about, most of our kids already had their livestock projects for a month or so and they’d already been working on them. We wanted them to be able to showcase all their hard work they’d done,” said Von Cremeans, Pickaway County Fair Board president. “We basically planned three fairs. Our original fair we planned back in January and that is the one we ended up doing. We had a plan B in place if needed but we didn’t announce it. We didn’t have to use it. We also approved a modified plan A that would basically only keep the animals here for 72 hours. The livestock committee wanted to go to the full fair, so the animals were here all week.”

Though Pickaway County did have a “full fair,” there were some noticeable differences.

“The main changes visitors will see at the fair are social distancing, 6 feet apart in lines for rides or concessions and in livestock barns we have signs for one way traffic to try to limit the number of people in the barns. If you were not showing or getting ready to show, we asked you to not hang out in the barns,” said Scott Pritchard, Pickaway County Fair Board vice president. “We have a very good ride company year in and year out. They were able to get 11 rides licensed early in the year and they were ready to go.”

There were scheduled times for the rides to shut down to be disinfected frequently. There were changes for the events at the fair as well.

“Our grandstand events are 50% but we have other places down on our racetracks to sit. Every other seat is blocked off. We are opening up track seating in groups of six or 10 six feet apart and it may actually give us more seating than we would have in the grandstands,” Pritchard said. “Everyone is very compliant and happy to be here. They are already familiar with social distancing and if they see an X every six feet they know what it means. The Health Department came through and we did have a couple of minor things to look at and we took care of those and we were good to go.” 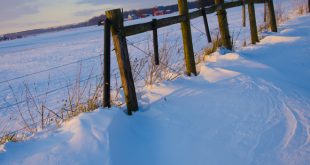 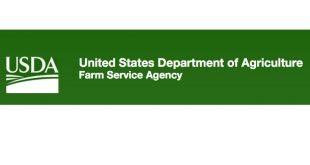 The U.S. Department of Agriculture (USDA) has mailed ballots for the Farm Service Agency (FSA) …