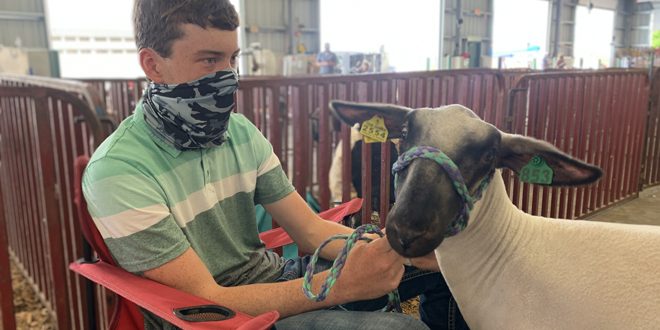 Logan Sporacklen from Greene County waits (with a mask) to show his market lamb in the OYLE show in Darke County. Photo by Madi Kregel.

Despite the heat (and then the rain), all those outside of the show ring were donning masks at Monday’s Ohio Youth Livestock Expo

market lamb show that featured over 600 entries. The show went (very) late into the night, but exhibitors and volunteers pushed through until the end. Here are the top five exhibitors. 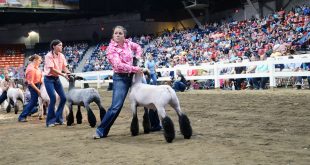