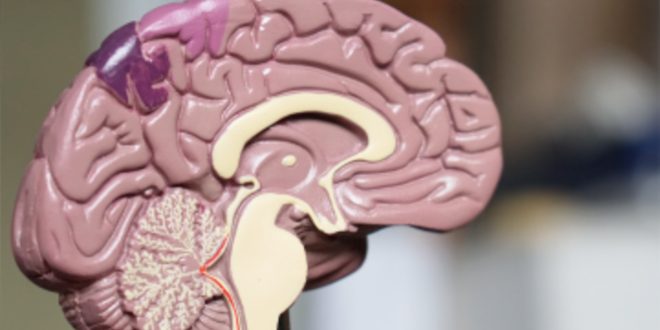 Part II — The back story: A miraculous journey in Parkinson’s research

Dr. George Lopez had practiced internal medicine in California. But during a procedure, an intravenous catheter slipped out of the patient’s vein. As Dr. Lopez attempted to restore the IV, the patient crashed and subsequently died. Lopez never practiced medicine again.

He rebounded by forming a company and inventing an indwelling IV catheter that locks into place. And he developed several other medical devices, making his company very financially successful.

Then came another setback. An avid outdoorsman, Lopez fished, hunted, surfed and spear-fished — and held the trophy for landing the largest blue marlin off the California coast. But he noticed that he was progressively losing strength in his wrists. Eventually, all of his muscles were weakening. The diagnosis was Parkinson’s Disease. As a result, he had to give up mountain biking, then fishing and his other outdoor activities. Eventually, he could barely get out of a wheelchair. At the same time, his wife was diagnosed with breast cancer, became terminally ill and died.

Bin Song, in the meantime, continued his research, with rats. He aimed to develop nerve cells that could produce dopamine after being inserted into the rats’ brains. His study encountered a problem: When the skin cells were reversed embryologically to early stem cells, some made the desired dopamine-producing cells. But others mutated and developed cancer and other abnormalities when the cell extracts were inserted.

Eventually, though, Bin Song was able to develop a method for keeping the transplanted dopamine-producing brain cells functioning while removing the other cells that posed a risk for cancer and other abnormalities.

By 2016, Bin Song was ready to attempt inserting dopamine-producing brain cells into a human patient. After being evaluated, Lopez appeared to be an ideal candidate, but he was continuing to deteriorate. It appeared he wasn’t going to last much longer.

Unfortunately, when new protocols are developed, it typically takes three to five years of paperwork before the Food and Drug Administration grants approval. Bin Song’s team continued negotiations with FDA attorneys and other regulatory agencies, and even considered conducting the procedure in a foreign country where regulations are lax. Ultimately the FDA signed off on a 2,500-page report for a “compassionate use” protocol. They gave the green light for a one-patient experimental test.

Bin Song and his immediate supervisor, Kwang-Soo Kim, proceeded to develop a method to keep the cells alive for up to eight hours, using special syringes to chill them, and to place the needle in the precise location to insert the dopamine-producing cells in the brain. A 2012 study by other researchers demonstrated that the cells could not be pushed into place as one blob. The cells wouldn’t survive in this way. Instead, the dopamine-producing cells would need to be gently dribbled and scattered into the proper location in the brain. Also, it was determined that these cells would need immediate nutrition from the cerebral spinal fluid in the brain to survive.

Bin Song and his colleagues recruited the top neurologist and top neurosurgeon in California to join them in New York to transplant the cells. After being briefed on the project, these experts moved their families to New York so they could contribute fully to the effort.

It was essential that the brain cells arrive for transplantation at Weill Cornell Medical Center in Manhattan within eight hours of leaving Dana-Farber Cancer Institute in Boston, where the skin cells were to be meticulously grown and sorted after being derived from Lopez. It was estimated that it would take four to six hours to harvest these cells from the culture media before being placed in special vials to keep the cells alive at four degrees centigrade.

Once the harvested cells were placed in the chilled containers, the race was on! The researchers had to carry their cellular treasure 190 miles from Dana-Farber in Boston by ambulance, then a chartered private plane, and finally by another ambulance to Weill Cornell Medical Center in Manhattan, where the cell transplants would take place.

To make sure it all ran like clockwork, the team did a dry run a month before Lopez’s scheduled surgery. For the trial run, five million dopamine-programmed skin cells were harvested, chilled on ice, and transported to Weill Cornell Medical Center as described previously.

A month later, on surgery day, the team was ready. They would follow the same plan, except this time, the team had improved their efficiency and the ambulance driver was authorized to turn on the lights and siren.

Lopez was on the surgery table under sedation as the dopamine-generating cells arrived. The needle was inserted into Lopez’s skull just below his hairline. The cells were ever so gently deposited in a very slow stream at the precisely determined spot.

An hour and a half after the transplant, Lopez awakened. With his nurse, he walked outside the hospital to the end of the block and back.

Since his surgery and the completion of the research in 2017, Lopez continues to receive periodic evaluations. Although his coordination and motor skills aren’t perfect, he regularly walks and swims.

Japanese scientists performed a similar procedure for a Parkinson’s patient in 2019. It was only then that the Bin Song team confirmed circulating scientific gossip about the protocol they had developed and performed two years earlier. What a secret! And what a story!

By the way, Michael J. Fox, star of “Back to the Future,” was diagnosed with Parkinson’s disease in 1991 – and disclosed his condition in 1998. He has funded a significant amount of foundational Parkinson’s research. Part I of this article can be found here. 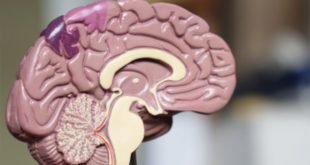 Back to the Future: A miraculous journey in Parkinson’s research (Part I — Cellular time travel)