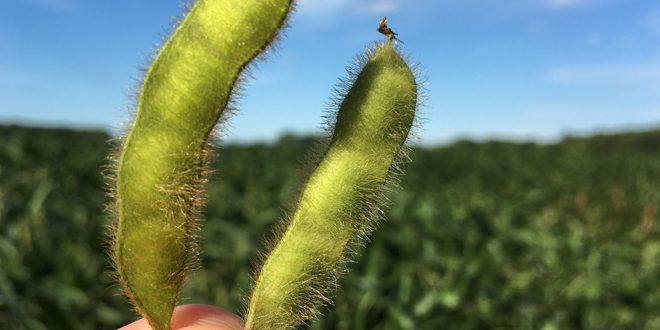 Making the most of the rains

There has been much discussion about the drought conditions showing up around the state and there has been evidence of that reflected in some of the yield reports in the 2020 Virtual Ohio Crop Tour.

The latest installment of the United States Drought Monitor from Aug. 13 showed Moderate Drought in parts of far northwest Ohio, a couple of spots in eastern Ohio and some areas of central and southern Ohio. There is a much larger part of the state though dealing with Abnormally Dry conditions. In these areas, farmers are trying to help crops make the most of the rainfall they have received through various management practices.

John Deeds in Hancock County submitted yields for the Virtual Crop Tour. Though the ground he farms with his brother, Tom, is on the fringe of areas with Moderate Drought, they have gotten more rainfall than other parts of northwest Ohio. They are still firmly in the Abnormally Dry area of Ohio, though. Deeds credits long-term no-till and the resulting soil structure and water holding capacity, combined with a little more rain than some areas, for his good-looking fields.

“We have been fortunate with the rain. There are other places where everything is short and the corn has been curled up,” Deeds said. “In our no-till fields I haven’t seen much curling at all.”

One corn field that was sampled was planted on May 4. The ear fill was 2 inches or so from the end, but well pollenated over all. The yield potential was a very promising 237 bushels, though more rain to fill kernels will be needed to reach that yield potential. A second field was sampled that was planted the first time May 5 but had a replant on May 27 for part of the field. The early-planted corn averaged 118 bushels and the later replanted corn was 192. There was very little disease pressure and some slight tip-back with an overall yield of 155 bushels.

The soybeans sampled on the farm were planted May 8. They were bushy and a nice height with no noticeable disease pressure but some Japanese beetle feeding. The canopy height was 34 inches with 3 to 3.5 inches between nodes. There were a few 4-bean pods and a 50- to 60-bushel yield potential, thanks to some rains in 2020 and plenty of management to make the most of the rain they’ve gotten. 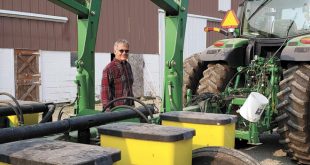