Pence held a rally Thursday to kick off “Farmers and Ranchers for Trump” at the Iowa State Fairgrounds, drawing a group of farmers and some in agribusiness, as well as state GOP leaders. A group of farmers and officials got a chance to meet with Pence beforehand to talk about the devastation from this week’s storm. Iowa Gov. Kim Reynolds said the storm was “devastating and it’s widespread,” and affected 10 million acres of crop ground in the state, as well major grain-storage capacity in some areas.

Iowa farm groups asked Pence to consider a federal disaster declaration that would allow Iowa farmers to enroll in the USDA disaster program “Wildfire and Hurricane Indemnity Plus” (WHIP+) Program.

Pence told the group that President Trump is with them and will help aid in the wake of the storm.

“We will work with your governor and your senators to make sure we bring Iowa all the way back,” Pence said.

Polling in Iowa shows President Donald Trump within a 2-point lead over Biden. Freshman Sen. Joni Ernst, R-Iowa, is also in an even race against Democrat Theresa Greenfield in a race in which the two have battled over Trump administration policies over ethanol and trade. The close margins of the race show a swing in Iowa from four years ago when Trump carried the state by more than 9 points.

Pence told the Iowans, who were given masks and seated in socially distanced chairs, that the country is recovering economically even with the pandemic. He pointed to 22 million jobs lost but more than 9 million jobs recovered. Pence said Trump would return the country to the days of one of the strongest economies in history.

“We will spare no expense or effort until Iowa and America put the coronavirus in the past and we bring America back,” Pence said.

The vice president pointed to accomplishments for agriculture under Trump. The estate tax was appealed, and EPA rolled back the Obama-era “waters of the U.S.” rule “and restored private property rights,” Pence said.

The waters of the U.S. rule, known as “WOTUS,” is an issue Pence hammered on, as did Ernst in making a case against Greenfield. Republicans this week have repeatedly said the WOTUS rule risks returning if Democrats are elected.

“I know our farmers will never forget how bad Barack Obama was for our farmers,” Ernst said.

Pence hit on expanding ethanol production as a key win under the Trump administration. But the Iowa Renewable Fuels Association was among the groups who wrote Pence on Thursday expressing concern that the vice president was meeting with organizations opposed to the RFS.

“It would not be an overstatement to say that many rural voters are waiting to see what, if anything, the Trump administration does to fulfill its promises on renewable fuels,” the biofuel groups wrote to Pence. “Iowa may very well hang in the balance.”

The biofuel groups called on the Trump administration to “immediately order” EPA Administrator Andrew Wheeler to reject the nearly 60 small-refinery exemptions now before the EPA.

“Such an action would be welcome news this week to farmers across Iowa who are dealing with a devastating windstorm that swept through the state just days ago,” the groups wrote.

Monte Shaw, executive director of the IRFA, attended Thursday’s event. In an interview with DTN, Shaw said ethanol producers are increasingly concerned Wheeler is trying to kick the can down the road on the small-refinery exemptions until after the election. A rule on the volume levels for the RFS also is delayed at EPA right now.

“Nerves out in rural Iowa are pretty raw right now,” Shaw said. “Promises were made to defend the Renewable Fuel Standard, and they haven’t been kept.”

Along with pointing to wins for farmers under Trump, Pence also criticized a possible Biden administration, saying Biden’s team would bury farmers under an avalanche of regulations. Pence said Harris supports changing dietary guidelines to reduce the amount of red meat people eat, leading to “boos” from the audience.

“I’ve got some red meat for you,” Pence said. “We’re not going to let Joe Biden and Kamala Harris cut America’s meat.”

Pence also cited Trump’s trade successes, calling the U.S.-Mexico-Canada Agreement “a great deal for the American people,” as he pointed to greater access for dairy and wheat to Canada. He also pointed to the phase-one trade deal with China and the $50 billion annually of agricultural purchases. China has bought under $8 billion in agricultural products from the U.S. in the first half of the year.

Rob Manning, a farmer from Waukee, Iowa, who was in attendance Thursday, said his farm operation was hit hard by the storm and lost buildings for as many as 15,000 hogs. He said the regulatory issues were important for his support of the president.

Pence acknowledged farmers took the brunt of retaliation from China during the tariff battles.

“The way farmers and ranchers stood in the pockets of this president for free and fair trade for this nation was an inspiration,” Pence said.

Farm income fell with commodity prices during the trade disputes. To offset lost trade sales, the Trump administration created the Market Facilitation Program, which provided back-to-back years of direct payments to farmers, totaling $28 billion. This summer, the Trump administration also approved $16 billion in direct aid to farmers that came from legislation passed by Congress. Talks in Congress continue about another aid package that could top $20 billion for agriculture.

President Trump is facing more push-back from agriculture this election year than he faced in 2016. Groups such as Rural America 2020 have spotlighted a vocal group of farmers critical of Trump’s trade and ethanol policies.

Ohio farmer Chris Gibbs, president of the group, voted for Trump in 2016 but has since become a critic of the president. Gibbs said the corn crop right now is looking at roughly a $100-an-acre loss because of the trade war and damage done to ethanol demand.

“And the president continues to tell me I’m a patriot for taking one for the team? That’s an insult,” Gibbs said. “Making sure my farm is viable and I continue to produce for my family, my community, my hardware store, my local fix-it shop, and my local schools through my property taxes — that’s what makes me a patriot, not going out of business.” 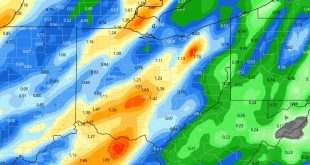