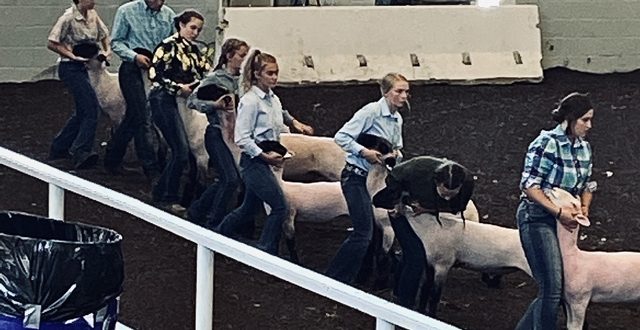 Throughout these last few months with all the uncertainty going on, county fairs were starting to become a topic of concern regarding if they were going to happen. Being that our chapter is from Marion County, which happens to be one of the earliest fair that happens in the state of Ohio, our fair board members made the tough decision to cancel it. Although they still made a way for all of our 4-H and FFA members to get the chance to show off all of their hard work that they put in. Starting July 18 and ending on July 24, each exhibitor got the opportunity to present their animals on their specific show day. Whether some chose to not continue with their projects this year or if they did, everyone from our county and all fair board members were extremely proud of those individuals that had to make that tough decision. In the end it wasn’t the fair that anyone had planned to have, but we made the most of what we could.

Throughout the week of our fair, the majority of our chapter members decided to stick with their projects and were able to display all of their hard work. Not only did we have chapter members show but we also had some help run the shows. Whether they were announcing or handing out ribbons, they were still able to pitch in and help wherever the help was needed.