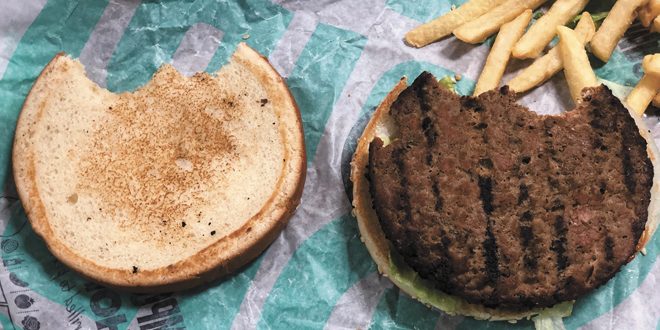 The politics of cow farts and Burger King’s Whopper

Many of you have probably read about Congresswoman Alexandria Ocasio-Cortez’s advocacy for plant-based diets to eliminate global warming caused by cow farts. Now Burger King has gotten into the act with a real whopper. And I’m not talking about the Whopper, Burger King’s double-decker hamburger with all the trimmings.

What I’m writing about is Burger King’s new marketing whopper, an ad that is trying to convince consumers that by buying a Whopper, they’ll play a role in reducing global warming. That’s because Burger King is beginning to sell burgers made with beef from cattle fed lemongrass. Burger King claims that lemongrass makes the cows fart less and thus release into the atmosphere less methane. (No promises for their customers, from what I’ve seen.)

Let me give you some background on lemongrass. ‎Cymbopogon is the genus of the lemongrass family, which includes 52 species. Commonly called barbed wire grass, lemongrass grows in countries ranging from Vietnam to Australia. Most often, lemongrass is processed into citronella oil, medical herbs and perfumes.

Lemongrass is a warm season grass noted for its high content of indigestible lignin-containing cellulose, which provides ruminants, like cows, subsistence if not any nutritional support.

I am guessing Burger King hasn’t researched this next little factoid I discovered about lemongrass. Practitioners of voodoo use it to cleanse houses of evil spirits or bring good luck to love affairs. (Again, no promises for people who wolf down Whoppers.)

Wow, what a resource! Lemongrass, as BK claims, reduces global warming, when fed to cattle. And is used for everything from making perfume to warding off evil spirits!

Now let’s get down to the real facts regarding BK’s claims. Even I know that cows are likely to fart only when they aggressively stretch as they stand up. (The same can be said of many humans.)

Dr. Frank Mitloehner, a researcher and professor in the Department of Animal Science at the University of California-Davis, has actually measured cattle’s contribution to global warming from the methane (CH4) they release in their burps and farts. Burger King used old World Health Organization (WHO) data to claim that cattle farts account for about 14% of global warming — a calculation disproven by Mitloehner.

Before I get to the good doctor’s findings, I’d like to point out that cattle only occasionally fart in the first place. My nine-year-old grandson does so with gleeful delight more often than any cow does. That is, until Grandma Kris tells him to stop it and be a good boy.

Cattle, however, burp methane as they ruminate. They voraciously consume grass and other feeds, then relax, perhaps lying down, to regurgitate cud, the semi-degraded food from their rumen, for further chewing before fermentation.

The rechewing grinds the grass into small particle lengths, while mixing it with saliva. Saliva acts as a buffering agent to set up the fermentation at the best pH level (6.2 to 6.6) for converting the cellulose-containing grass into amino acids and carbs that are absorbed by the cow’s digestive tract.

Fermentation takes 12 to 30 hours in the rumen, the first compartment of the four-part bovine stomach. The fermented forage passes through the second part of the cow’s stomach, the reticulum, and water is absorbed in the third compartment, the omasum.

Once the chewed and fermented grass makes it through these first three compartments, the cow’s true stomach, the abomasum, operates similar to the stomachs of simple-stomached (monogastric) species such as pigs and even us humans.

By measuring methane emitted from burping cattle in U.S. feedlots, Mitloehner has determined that cattle’s contribution to global warming amounts to 3%. I have visited Mitloehner’s feedlots at UC-Davis. Undoubtedly U.S. farmers are somewhat more efficient with the nutritional performance of cattle than farmers in other countries. Nonetheless, the old WHO report is incorrect.

Methane emitted by cattle gradually breaks down into carbon dioxide (CO2) in the atmosphere. The CO2 is then absorbed by plants. Through photosynthesis, CO2 and water are synthesized into cellulose, which grass and other plants use to grow.

Cattle eat the grass and ferment the cellulose-containing grass into carbohydrates and protein they use to grow. Methane is a byproduct of this fermentation process. The biogenic cycle of atmospheric bovine methane, carbon dioxide and grass grazing cattle, who complete the cycle as methane is emitted in their burps, is healthy in terms of meeting human protein requirements, through meat, and stabilizing carbon dioxide in the environment.

Biogenic methane is different from other greenhouse gases because of this cycle. If American farmers and scientists continue to develop methods that reduce the eruption of methane by cattle to zero, cattle and other ruminant animals will have an even greater impact on reducing global warming.

Only a worldwide increase in cattle numbers would increase the total amount of methane burped by cattle. And due to the biogenic cycle, this would be a temporary 10-year increase, as any additional methane from cattle would ultimately be incorporated as CO2 into plants. If cattle and other ruminant animals weren’t around, CO2 produced by ruminant animals would last in the environment for 100 years rather than the 10 years within this biogenic cycle.

Forty-five percent of our country is composed of grasslands that aren’t suitable for crops. I can’t think of a better method of harvesting food from these grasslands than to allow cattle and other ruminant animals to graze them and convert cellulose-containing grass into digestible protein and carbs destined for humans.

Unfortunately for Burger King, this natural methane utilization cycle shoots down their advertising campaign to eliminate cow farts by having their customers gobble down Whoppers. Just prior to publication of my musings on cow farts and Burger King’s ill-gotten information, they had a come-to-Jesus moment after a conversation with Frank Mitloehner regarding the erroneous information BK was using to advertise their atmosphere-saving Whoppers. BK has now dropped their new advertising campaign and pledged to support scientific research on climate change. Amen! 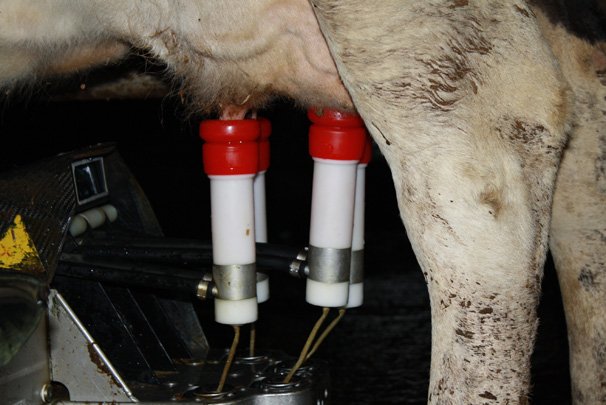 Are robotic milkers failing to live up to promises? 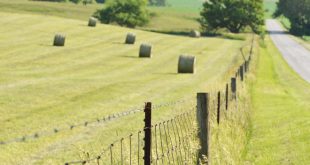 My first cutting is just “cow hay” — now what? 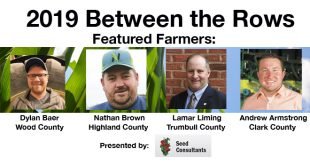 Conditions holding steady in late July Between the Rows 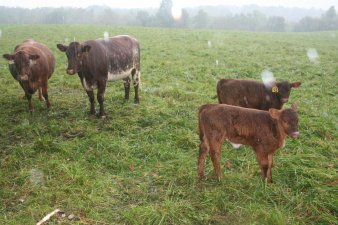 Stuck in the mud, some cows across the state might not be putting on enough …