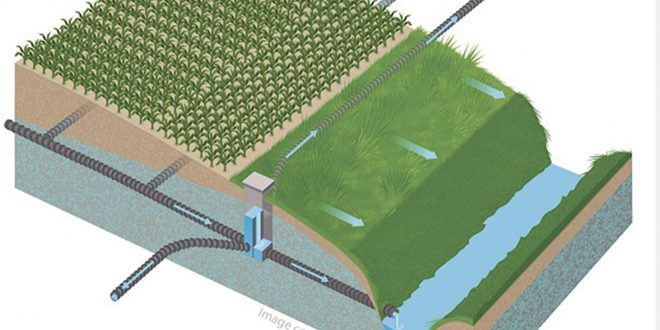 Though it started with a focus on farms, ongoing efforts to improve water quality in Grand Lake St. Marys in Mercer County are now including additional practices to address the issue.

“We have had a slew of efforts over the last 10 years in the Grand Lake St. Marys watershed. It started with a lot of agricultural efforts. We expanded manure storage on farms, we covered feedlots, we wrote nutrient management plans for all the farms in the watershed,” said Theresa Dirksen, Mercer County Ag Solutions coordinator. “In the last 5 years or so we have done more innovative practices like installing wetlands and saturated buffers. We also restored about 2,000 feet of channel through the Mercer County Elks Golf Club. We have some really innovative things happening and we are trying to move further upstream in the watershed with these practices like wetlands, saturated buffers, stream restoration, and more filter strips to improve water quality in the lake.”

The measures have been extensive, but are paying off.

“We did a study to look at the effect of all of this and we saw really great improvement since the designation of the distressed watershed rules,” she said. “We are trying to move that needle further. We still have a long way to go to get Grand Lake St. Marys to a healthy ecosystem, but we are getting there. We just have to be patient and keep moving forward. We have more projects coming up.”

The most recent project was the installation of monitoring equipment in a saturated buffer on the St. Charles Farm.

“The Mercer Soil and Water Conservation District was awarded an Ohio EPA 319 grant to install some edge-of-field practices in the Beaver Creek watershed that drains into Grand Lake St. Marys,” Dirksen said. “That is what funded the installation of the saturated buffer.”

A saturated buffer is an edge-of-field practice that removes nutrients from subsurface tile drainage water by capturing some of it and running it laterally through a vegetative buffer. When properly sited and installed, saturated buffers have a proven ability to remove nutrients, especially nitrates, whenever the tile is flowing. They require little annual maintenance and are relatively inexpensive to install. A study already completed in northern Mercer County with a saturated buffer showed that 25% of the tile drainage water from the project area was diverted into the saturated buffer. The buffer removed nearly all of the dissolved nitrogen and phosphorus from the inflow water. This most recent saturated buffer was installed by Cy Schwieterman, Inc. and VanTilburg Farms donated time to dig the monitoring wells for the project.

Wright State University-Lake Campus and Mercer County Ag Solutions are monitoring the site to determine nitrogen and phosphorus removal. Funding for the monitoring effort is being provided by the Blanchard River Demonstration Farms Project, which is a combined effort between Ohio Farm Bureau and the Natural Resources Conservation Service.

Stephen Jacquemin is a professor at Wright State University-Lake Campus who has worked extensively with water quality efforts in Grand Lake St. Marys in his research. He will be working with the monitoring of the new saturated buffer.

“A saturated buffer is a relatively new and innovative best management practice. It is the capturing of the water from the tile main draining the subsurface of any field. Instead of allowing that tile line to run unabated directly into an adjacent stream, you capture some of it and re-route it laterally it along the riparian area and allow the force of gravity to facilitate gradual percolation of that subsurface field runoff,” Jacquemin said. “You allow it to percolate along a nice gradient into the stream. That helps reduce the volume of the water leaving a field and going into the stream. The volume that does make it through the saturated buffer is processed through a whole host of cool weather and warm season grasses and vegetation. That vegetation uses the nutrients and sequesters those, keeping them from running off into streams.”

The site and soil types need to be right to make the practice work, though.

“The control box that diverts water into the buffer does so by using traditional stop logs to raise water level in the buffer — and by default the field too. To ensure that water is not backed up in the field, attention should be given to the relative elevation differences between the riparian and the field,” Jacquemin said. “These saturated buffers work best when there is an elevation difference between the field and the buffer. The greater the difference, the higher water can be raised in the riparian buffer area.”

Higher water levels in the buffer area mean less water running directly from the field to the stream or ditch through the overflow. Heavy clay soils in the buffer can limit water flow too much and very sandy soils may not slow water down enough.

Because there are not many saturated buffers out there, this second installment in Mercer County is important for being able to assess how effective they are.

“There really aren’t that many sites implementing this practice around the country. We have been fortunate to have one run for a couple of years in northern Mercer County and we have monitored that with good success. Before we want to implement these on a larger scale and advocate for them on a larger scale we need to generate more data from different kinds of field sites. This is the second of our pilot sites to assess saturated buffers,” Jacquemin said. “We are setting up the monitoring because you can install a practice, but if you don’t understand how well it is working, it is kind of a moot point. It is difficult to fold that into a larger conservation scheme on a regional scale. This monitoring will carry us through the next 2 to 3 years of looking at how effective this practice is going to be.”

“We installed perforated PVC pipe that we use to capture ground water at particular depths and we’ll extract that ground water at a later date to bring back to the Wright State Water Quality Lab to assess for dissolved nutrients and assess how effective this product really is,” Jacquemin said. “The monitoring compares the raw field tile and the ground water at various points along the riparian. The idea is that the further along the riparian you get the more time the vegetation has to act and uptake those nutrients. We’ll be able to pick that up with the monitoring equipment.” 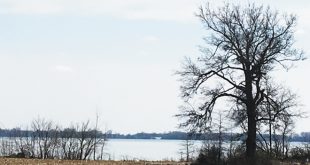 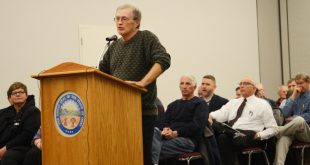 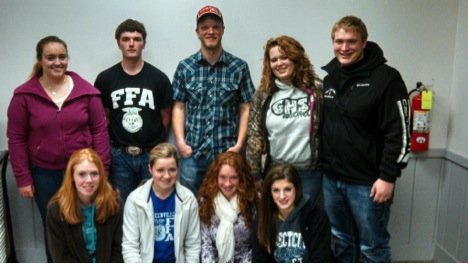 On Tuesday, April 15th, the Senior class of the Greenville FFA traveled to Celina Ohio to …