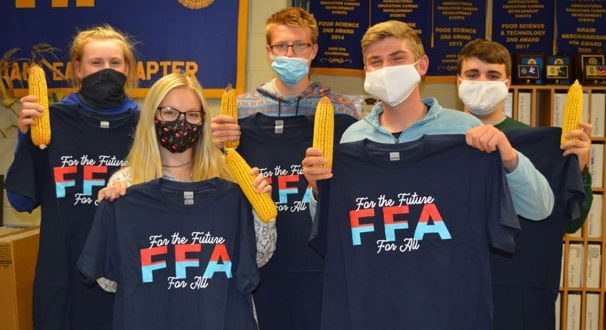 Recently, members from the Miami East-MVCTC FFA Chapter were challenged to participate in the annual Chapter Corn Contest. The rules of the contest were to bring in one ear of corn and earn a prize. Overall winners were presented with an FFA T-shirt from the FFA Chapter. All participants earned a corn-related prize.

A winner is chosen based on the predicted yield of the corn. The grand prize winner was determined by the highest yield estimate, based on plant population per acre. Agricultural Education students in Plant and Animal Science classes took time in class to figure the predicted yield of corn ears as part of their continuing education of agronomy.