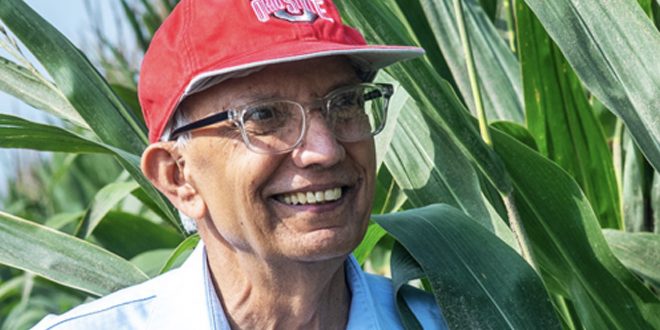 Lal to speak at Borlaug Dialogue, receive World Food Prize, and be honored by Ohio State

Rattan Lal, one of the most decorated professors to teach and conduct research at The Ohio State University, will receive the 2020 World Food Prize on Thursday, Oct. 15, during the virtual Borlaug Dialouge streaming from Des Moines, Iowa. That same day, he will also be honored by Ohio State in a virtual ceremony to honor his legacy.

The renowned soil scientist and Distinguished University Professor in the College of Food, Agricultural, and Environmental Sciences (CFAES) was named recipient of the 50th World Food Prize in June. He will be honored on Thursday, Oct. 15, at the World Food Prize Laureate Award Ceremony, set for 9 to 10 a.m. CDT and 10 to 11 a.m. EDT. The prize includes a prestigious $250,000 cash award and a sculpture by noted artist and designer, Saul Bass. Join in the special celebration at www.worldfoodprize.org/live.

Later that afternoon, friends and colleagues from Ohio State and around the world are invited to honor the 76-year-old Lal’s legacy by participating in a virtual side event hosted by CFAES.

This event will include an overview of Lal’s work from his humble beginnings as a refugee growing up on a small subsistence farm in India, to becoming a world-renowned scientist and World Food Prize Laureate. A guided discussion and reflection with Lal will be featured, as well as the announcement of upcoming CFAES and Ohio State plans that will contribute even more to his legacy.

During a career spanning more than five decades and four continents, Lal has pioneered ways to reduce deforestation, control soil erosion, and enrich soil, leading to sustained or higher crop yields. He has heightened global awareness around the importance of soil health and the profound impact that it has not only on agricultural yields, but also for climate change adaptation and mitigation, as well as global food security.

His efforts to promote soil-saving techniques have extended the Green Revolution and the vision of agricultural scientist and professor Norman E. Borlaug. Borlaug developed wheat varieties that improved crop management practices and transformed agricultural production in Mexico during the 1940s and 1950s and later in Asia and Latin America, sparking what today is known as the Green Revolution.

In 1986, Borlaug founded The World Food Prize, often referred to as the “Nobel Prize for Food and Agriculture,” to both highlight and inspire breakthrough achievements in improving the quality, quantity, and availability of food in the world.

He also helped build the World Food Prize’s Borlaug Dialouge, an international symposium which annually brings together over 1,200 people from more than 65 countries to address cutting-edge issues in hunger and food security.

Due to COVID-19, the 2020 three-day conference, set for Oct. 12-16, will be held virtually through a series of live video sessions and discussion forums.

Lal will join Al Gore, former vice president of the United States, to kick off the opening session, “Translating Climate Science to Action,” on Oct. 12 from 9 to 10 a.m., CDT. The two share a wealth of knowledge and a long-standing commitment to this work. They will examine the emergence of carbon positive agriculture and negative emission technologies, as well as the policy actions needed to further elevate soil health as a critical innovation.

The Ohio State professor will also be one of eight speakers in a roundtable discussion of “Carbon Sequestration, Sustainability in Agriculture, and the Rise of Carbon Markets,” from 10 to 11:30 a.m. that same day. The group will consider carbon market models and applications of carbon payment systems globally to explore the potential of carbon markets to drive innovations towards climate-positive agriculture.

Lal first came to Ohio State to work on his doctorate in soil science, which he completed in 1968. After working with farmers in Asia, Africa, and Latin America, he returned to the university in 1987, and, 10 years later, co-wrote the first documented scientific report showing how restoring degraded soil could also defend against rising levels of carbon dioxide in the air. This breakthrough research transformed the way the world saw soils.

Much of Lal’s work has looked at carbon sequestration in agriculture and removing atmospheric carbon for the long-term, mitigating global warming and pollution effects. In 2000, he established the Carbon Management and Sequestration Center at Ohio State.

Lal has received multiple international awards over the years. In 2019, he became the first Ohio State scientist and the first soil scientist to ever receive the Japan Prize. In 2020, he not only won the World Food Prize, but also received the Canadian-based Arrell Global Food Innovation Award. Prior recognitions include the Glinka World Soil Prize (2018), the World Agriculture Prize from the Global Confederation of Higher Education Associations for the Agricultural and Life Sciences (2018), the Liebig Award (2006), the Swaminathan Award for Environment Protection (2009), and the Norman Borlaug Award (2005).

A faculty member at Ohio State for 33 years, he was listed by Thomson Reuters as among the top 1% of most-cited scientists in agriculture for 2014–2019 and among the world’s most influential scientific minds in 2015. Lal was recognized for his contributions to the Intergovernmental Panel on Climate Change, which shared the 2007 Nobel Peace Prize with former U.S. Vice President Al Gore.

Lal’s pioneering research is now at the heart of efforts to improve agriculture systems globally, while helping slow the rate of climate change.

“Dr. Lal has brought about a paradigm shift in sustainable soil management,” said Cathann A. Kress, Ohio State vice president for agricultural administration and dean of CFAES. “His approach recognizes the need for increasing food production with the necessity of improving the environment.” 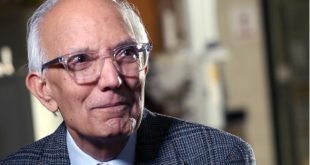