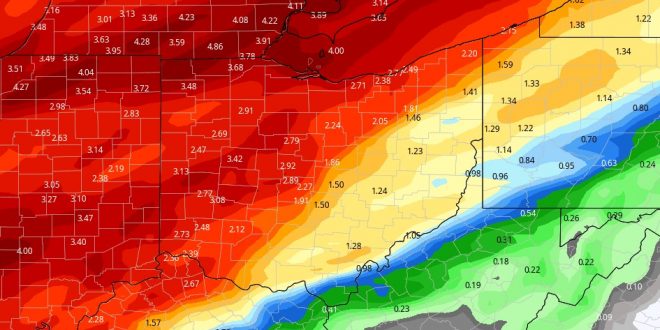 We have a very unsettled week ahead of us in Ohio, and possibly could be looking at the wettest week in several months for many locations. We have 3 waves of moisture moving toward us this week, and 4 waves in the next 8 days if we go into early next week. Remaining harvest will be a bit more challenging in the next 10 days.

Wave number one is here today. Showers will be moving through the state with cold air coming in behind a cold front. WE expect rain totals today to be from .1″-.75″ in many areas with 90% coverage. Today’s rain will be relatively gentle, but will be around for most of the day.

We take a break overnight tonight and most of tomorrow and should see a bit of sunshine for your Tuesday. This will boost temps just a bit to get closer to normal. Clouds will be building late afternoon and evening though, ahead of wave number 2.

That round of moisture mostly will be confined to northern Ohio. From I-70 north we can see scattered showers from late Tuesday night and Tuesday overnight through Wednesday midday. Rain totals will be from a few hundredths to half an inch. Areas south of I-70 see no rain and should see a mix of clouds and sun. Temps will be warming.

Thursday and Friday will turn out partly to mostly sunny and warmer. Temps can be above normal over most of the state. This will be the biggest period of drying we have for this week. Evaporation will be great. Harvest will be dependent, though, on just how much rain falls between now and wednesday aftenroon.

Clouds thicken later Friday afternoon and we see shower and even a few thunderstorms coming through Saturday. Rain totals will be .25″-1.25″ with coverage at 90% of the state. We turn drier for Sunday, but also much cooler.

Monday into Tuesday of next week we see our 4th and final wave of the 10 day period. This system has a low that stays mostly south over KY and TN, but looks like it wants to throw plenty of water up this way. We are putting a pretty good rain total on the event right now, particularly in southern and eastern parts of the state and along the OH river, where we can see longer lingering showers and especially thunderstorms. The entire system has potential for .25″-1.5″ with a large part of the state between half and 1.1″. However, there is plenty of time for this system to morph and evolve, and we will be watching closely. We do turn significantly colder behind it with well below normal temps going toward midweek next week.

So, 4 systems in 8 days give plenty of potential for rain. This will slow harvest progression on remaining acres. the map below shows cumulative potential from today through next Monday night/early Tuesday. 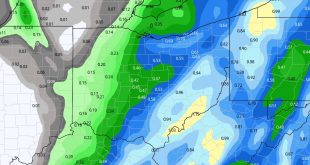 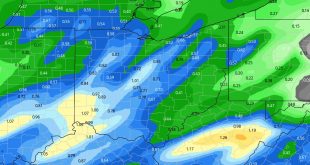 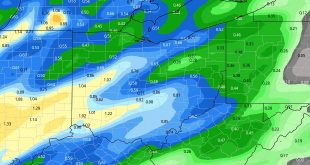 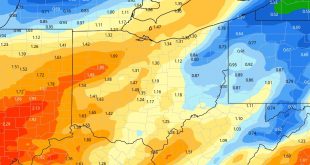 November 20, 2020 -- This forecast is a little less wet for next week, but still, we see 2 decent systems in the span of 4 days from Sunday through next Wednesday...