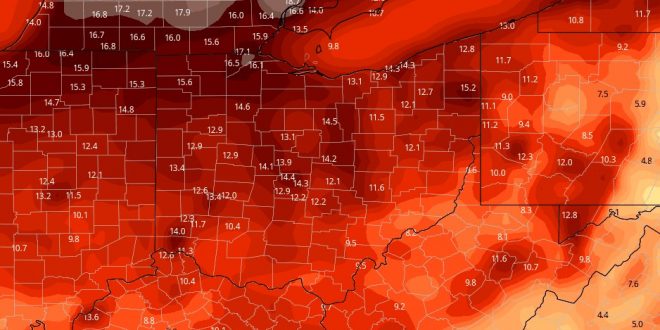 Short term forecast remains the same: sunny, warm and dry through the weekend. Temps really start to climb higher over the next few days, and we will be well above normal tomorrow through at least Saturday. There is even the potential for a few records to be in play in a few parts of the state on Friday, but better potential to break records probably stays farther to our west. Still, temps will be averaging 10-17 degrees above normal The map below shows Friday’s highs compared to normal. Evaporation remains fantastic and drying will happen quickly.

Our weather pattern for early next week is a little more uncertain this morning, and here is the reason why: Hurricane Delta. This storm will be moving through the western Gulf over the next 3 days and will likely make landfall somewhere between the SE TX Gulf coast and New Orleans. The track of the storm from there is what is triggering some of the uncertainty this morning. Tropical storms usually turn northeast after coming ashore. The rate at which they turn is based on several factors, including speed coming ashore, strength of storm and preceding weather pattern over land before the storm hit. Models are trying to take this storm farther north, up into KY, TN and even southern IN and southern OH. We are not convinced it makes it that far north. But, the prospect of a northern track is one that has to be monitored. Without the tropical influence, we likely see sun followed by clouds on Monday, with rain from a cold front developing overnight Monday night and Tuesday. With the tropical event moving farther north, we may see 2 batches of moisture…one after midnight Sunday into early Monday, and then the front later Monday overnight and Tuesday. Stay tuned. The front itself looks to have potential for .25″-.5″ rains over 75% of Ohio. The tropical remains could add another .1″-.5″, mostly over the southern half to third. Right now, we are not making a change to add the tropical moisture. We’ll see what tomorrow brings.

Behind the cold front next week, we turn back dry again for Wednesday through the end of the week. Temps will not be as warm, pulling back closer to normal. WE still will see good evaporation, but not great like this week. Still, there should be opportunity to get back into the field as sunshine should be a fairly dominant feature next Wednesday-Thursday-Friday.

Clouds increase next Saturday as we start the extended 11-16 day forecast period. Showers are likely overnight Saturday night the 17th through Sunday evening the 18th. We can see .1″-.4″ out of that event with 70% coverage. Another front is likely overnight Tuesday night the 20th into Wednesday morning the 21st. Rains there can be from .25″-.5″ over 80% of the state. The rest of the extended period is dry from the afternoon of the 21st through the 23rd, but we will turn much, much cooler with a push to below normal levels over that time. 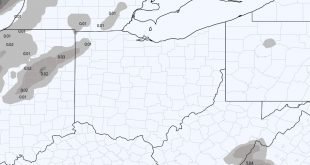 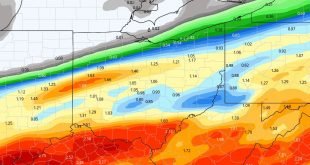