As harvest progresses, its not too late to plant cover crops, but the options are becoming more limited.  Most cover crops need a minimum of 60 days of growth before cold freezing winter weather limits growth.  Rape seed, kale, and cereal rye are three cover crop varieties that can be planted later than most cover crops that are cold sensitive. The key is getting them planted as soon as possible.

Rape seed and kale are small seeded brassica cover crops that can be broadcast or drilled.  The seeding rate is generally 3-5 pounds per acre by themselves, requiring a .25 to .5-inch seeding depth, and they emerge in 4-10 days. These two brassicas can germinate at 410 F and grow quite rapidly in the fall and can still be planted in late October.  The biggest disadvantage to planting either rape seed or kale before corn is that they do not promote the beneficial mycorrhizal fungi  in the soil, so farmers may see a 5-10 corn bushel decrease. Soybeans yield reductions generally are not a problem.  Rape seed and kale have long fibrous roots that loosen the topsoil, improve water infiltration, and improve drainage.

The brassica’s are good at reducing weed pressure, scavenging for excess nitrogen, and making sulfur plant available.  They make excellent pollinators if allowed to flower in the spring, and are usually terminated with crop rollers (crimpers) or 2-4D (using glyphosate gives variable results).

Cereal rye is the most versatile and winter hardy grass cover crop, germinating at 320 F.  Cereal rye can be broadcast with a 10-20% higher seeding rate or drilled later in the fall.   A seeding rate of 60-90#/acre is recommended in soybeans. For organic producers or for better weed control, 80-120# per acre is recommended terminating with a crop roller (crimper).  For corn, a seeding rate of 30-60 pounds is recommended, to reduce the nitrogen tie up in the spring.  If possible, plant a cereal rye variety that has a low allelopathic effect  like “Wheeler” cereal rye in front of corn.  Most cereal rye varieties are “VNS” or variety not stated, so use the lower rates in front of corn.

Oats, barley, and triticale are other good grass cover crops to plant in front of corn, but generally need to be planted earlier in the fall.

Some farmers are now adding aerial seeders onto their combine, seeding as they harvest.  In a dry year like this year, drilling generally produces better stands, especially following the combine.

Most cover crops need at least 1-2 inches of rain in the fall to germinated.  The sooner the seed gets in the ground and gets moisture, the faster it can germinate, grow, and get established before winter.  Cereal rye is one cover crop that can germinate under the snow, but for best weed control and to prevent soil erosion, earlier seeding is preferred.  With early establishment and fertilization (manure), cereal rye can sometimes be harvested as a grass hay before Christmas or grazed by livestock during the late fall and winter months.

In weedy fields, spray fields before planting the cover crop.   Brassicas will be killed by 2-4D herbicides but spraying 2-4D before or after cereal rye (a grass) is planted can kill many fall broadleaf weeds (marestail,  water hemp, pigweeds, dandelions). The 2-4D herbicide can be sprayed in fall or early spring (at least 7-14 days before planting).  A thick stand of cover crops generally out competes most weeds, but this strategy is only successful if the weeds are not already established.

What can you do if you miss planting a cover crop in the fall? Plant oats, winter peas, lupins, and lentils in early spring (late February through March) to stimulate microbial growth, reduce weeds, and to add nitrogen.  These cover crops can grow for 30-90 days before either corn, soybeans, or a garden are planted. There are still opportunities to plant cover crops either late this fall or early spring. 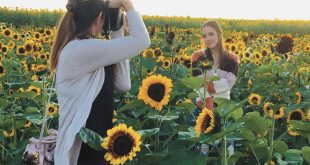 Cover crop or cover photo, sunflowers are finding a fit on more farms 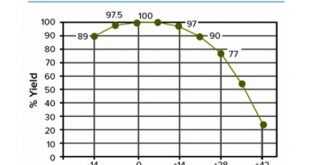 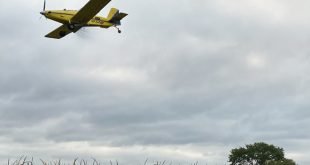 September is the time to get ready to plant wheat

By Harold Watters, Ohio State University Extension agronomist I will admit I have not done …