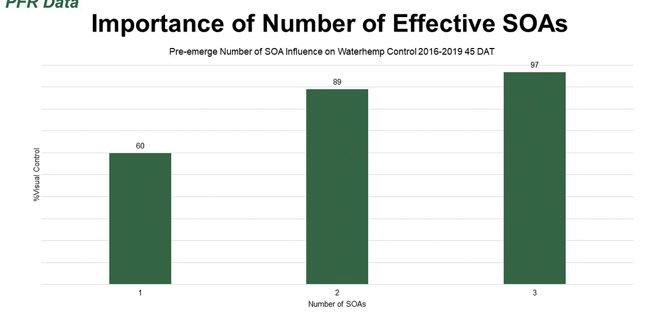 The future of sustainable weed control

The year 1996 changed the mindset of many growers regarding their approach to controlling weeds in soybeans. The introduction of Roundup Ready soybeans allowed farmers to more adequately control weeds, and it allowed for post-emergence applications to occur without the crop response that had become expected. Because of this, the adoption of Roundup Ready soybeans took place very rapidly.

Since then, many farmers have implemented a weed control strategy that relies heavily on post-emergence trips to perform much of the heavy lifting for weed control. For many years, this approach has worked successfully. However, 20+ years later, glyphosate-resistant weeds are once again changing the face of soybean weed control.

From the mid-1990s until recently, glyphosate has been a staple component to most soybean post-emergence programs. Moving forward, many soybean technologies and POST programs are now utilizing Liberty herbicide to control glyphosate-resistant (GR) weeds. Not only is Liberty replacing or being applied in conjunction with glyphosate in many POST programs, but future and recently introduced soybean technologies are also providing tolerance to multiple sites of action (SOAs) POST to combat herbicide resistance.

Recently, many soybean technologies have been introduced into the market. While new trait introductions often provide excitement for solving weed issues, we must remember these new technologies still rely heavily on chemistry active ingredients that have been used for quite some time — glyphosate, glufosinate, dicamba, and 2,4-D.

Similar to how we trained our minds to become glyphosate dependent in the mid-late 1990s, successful weed control in the future will require another mind shift. Instead of reacting to what we see (emerged weeds), we must place more emphasis on controlling what we don’t see with a strong pre-emergence program. Continued reliance on POST treatments to perform the bulk of the work will lead to quicker resistance to herbicides such as Liberty with little to no known resistance today.

Successful 2021 weed control begins this fall, particularly in soybeans. The primary goal of a fall herbicide application is to control fall emerged weeds, particularly marestail. While many of the weeds we encounter immediately following harvest are not necessarily GR, winter annuals left untreated pose other challenges. Weed-free fields provide a less conducive environment for insects/pests to lay eggs, allow for more consistent stand establishment and help soils to warm and dry quicker in the spring. Planting early has provided the greatest consistency in regard to higher-yielding soybeans than any other research conducted through Beck’s Practical Farm Research (PFR) testing.

Slowing the spread of herbicide resistance and sustainable weed control in the future will likely require a much different and proactive approach rather than a reactive mindset. 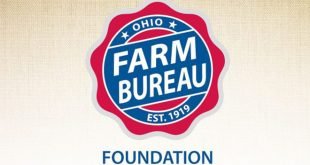