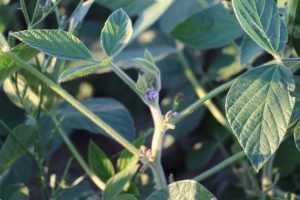 The North Central Soybean Research Program funds a number of research projects annually. One of those projects for 2020 is Phase II of “An integrated approach to enhance durability of SCN resistance for long-term strategic SCN management”. This project will benefit soybean producers by creating a long-term management strategy for SCN through knowledge and soybean germplasm development.

The soybean cyst nematode (SCN), or Heterodera glycines, is the most damaging pathogen to soybean production in North America. Current annual yield losses are estimated at more than $1.2 billion. Though SCN-resistant soybean varieties are available to minimize yield loss, producers are faced with limited options for rotation once virulent SCN populations develop in their fields. The widespread lack of genetic diversity for SCN resistance genes in commercial soybean varieties has significantly increased the prevalence of virulent SCN populations and reduced the effectiveness of current sources of resistance.

There are two major research endeavors that, when successfully achieved, will enable the development of more efficient management practices for SCN in the future. Phase II of this integrated, collaborative, and multi-state project includes plant breeders, molecular biologists, bioinformaticians, and nematologists. The genetic resources developed and knowledge gained from this project will provide immediate benefit to soybean producers and researchers in both the private and public sector. 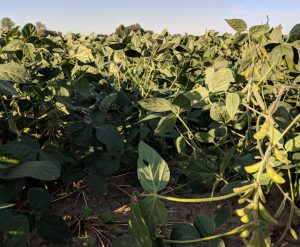 Plant breeders need to increase the genetic diversity of SCN resistance in commercially available soybean varieties and work with nematologists to determine the most effective rotation practices that preserve the efficacy of the known sources of SCN resistance.

Nematologists need to identify the SCN genes required for the adaptation to reproduce on resistant varieties, use these as markers to monitor nematode population shifts in the field, and exploit this knowledge to help plant breeders identify the best resistance gene combinations for long-term nematode management.
The first project objective was to diversify the genetic base of SCN resistance in soybeans. To date, the research is continuing to develop new varieties with non-PI 88788 sources of resistance. New, high yielding lines with SCN resistance from non-PI 88788 sources were selected in 2019. Five new high yielding lines that have Rhg1-b from PI 88788 combined with two resistance genes from G. soja were selected for testing in uniform or regional test this summer.

A second objective was to identify SCN virulence genes to better understand how the nematode adapts to reproduce on resistant varieties. In the research so far, one of the major milestones in SCN biology is developing a completely annotated SCN reference genome. Using NCSRP funds, researchers continue to refine this resource further. They have made considerable progress in that direction and now have a chromosome level genome assembly ready and annotated. Simultaneously, researchers have developed a centralized, web-based repository called SCNBase (SCNBase.org). This web portal now is the home to all bioinformatic, genetic, genomic, and molecular data generated for SCN, most of it through soybean check-off funding. Using this web portal, researchers and breeders from all over the world can access and analyze all public bioinformatic data generated in this proposal and curated from previous research at the nucleotide level. 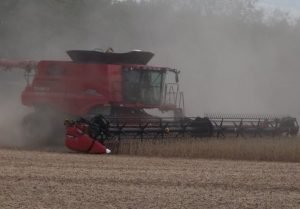 At the Illinois location of the rotation trial was harvested and fall soil samples were taken to evaluate SCN population changes over the summer. The results are close to what was expected and show that the different sources influenced SCN reproduction in the field.

Microplot field experiments were established to evaluate how rotations of SCN resistance gene combinations impact SCN field population densities and virulence profiles. Results showed that all resistance genotypes had a reduction in egg densities and the susceptible treatment had an significant increase in SCN egg density, while PI 90763 had the greatest percentage of egg count reduction followed by genotypes with resistance genes, Rhg1a + Rhg4. SCN HG type results at the end of the first growing season show no specific trend.

The final objective was to coordinate the testing of publicly developed SCN resistant experimental lines. Researchers organized tests of experimental lines developed by public breeders in the north central US states and Ontario. The 2020 tests planned to include 194 entries that range from maturity groups 00 to IV. The tests were to be grown in 32 environments in 10 states and one Canadian province.