Thank you to Mr. Les Kinder and Mr. Todd Gentis for chaperoning the event. Additional appreciation goes to the administration at Miami East Local Schools and the Miami Valley Career Technology Center. 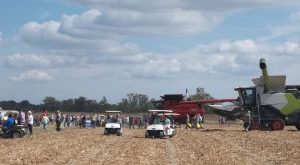