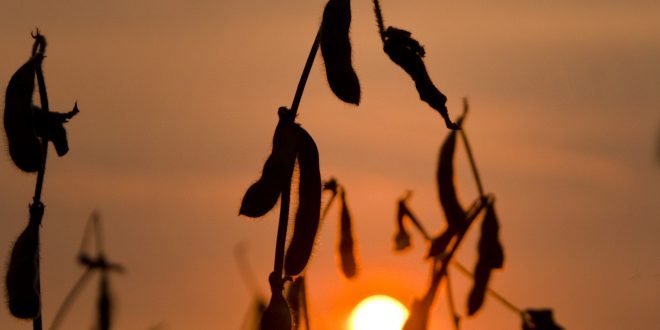 Ohio soybean production and research in 2020

Each spring, farmers plant roughly 4.8 million acres of soybeans in Ohio.  Looking back at the past planting season, conditions were vastly different between 2019 and 2020.

“For 2020, planting was much better than it was in 2019,” said Laura Lindsey, Ohio State University Extension state soybean and small grains specialist. “Many areas had very good planting dates, and our soybean trials, that are conducted in six counties, were planted very timely for the most part. Some parts of the state did struggle with wet weather during planting. Some areas in southern Ohio had fields that were flooded after planting, and parts of eastern Ohio struggled as well, but compared to 2019, planting conditions were much more favorable.

“There were definitely areas of the state that struggled with dry weather after planting. That continued in some areas through August and September. In some places, the soybeans were harvested very early, and I think in those areas they just ran out of water. The yields were not great in those areas either. In areas that did get timely rainfall, we have seen some high yields in the state.”

Stress from disease and insect pressure was low compared to past years. This was in part due to the dry weather not favoring disease development. Challenges now are resulting during harvest from wet weather in some parts of the state.

“We were able to harvest some of our soybean trials early in October, then we had to take about a two-and-a-half-week break because of the wet weather,” Lindsey said. “Dry weather is good for harvest, but it is important to have moisture for pod fill and seed development. Unfortunately, some areas did not have that this year.”

Yields in 2020 have been variable.

“We have performance trial data from three of our counties that were harvested in early October,” said Lindsey. “Henry County in the early and late trials averaged 50 to 51 bushels per acre. Preble and Clinton county averages were in the low 70s. Clinton County had an average yield in the late trial of 78 bushels per acre with the highest yield in Clinton County being 85 bushels per acre. There was definitely variability across the state, and I have heard the same thing from other states as well.”

Lindsey conducted a number of research projects in 2020.

“We have a multi-state trial, funded through the North Central Soybean Research Program (NCSRP), and it is in it’s second year. It is a systems trial, so we are comparing two different production systems,” Lindsey said. “In the early trial, we are early planting with a lower seeding rate of 130,000 seeds per acre, and then a foliar fungicide and insecticide at R3. That is being compared to the second system with a later planting, with a higher seeding rate of 160,000 seeds per acres, and then no foliar applications. There is data from six locations already this year, and the results from the early system produced, on average, an extra 4 bushels per acre. On one farm the early system was as high as a 12-bushel per acre advantage. At the same time, one farm was dry, and there was no difference between the early planted and later planted system.”

In addition, the Ohio Soybean Council is funding a seeding rate trial conducted by Lindsey. This is primarily on small plots because they go as low as 50,000 seeds per acre. This involves four different time frames (end of April through the beginning of July) for planting, with five different seeding rates.

“We are basically trying to find the optimum seed rate based on the planting date time frame,” Lindsey said. “Visually looking at the lower seeding rates with timely planting dates, those soybeans will put on multiple branches, they are shorter, but the nodes are closer together and there are a lot of pods. We don’t want to go too low with the seeding rate, but when a farmer has a thin stand, those plants can really compensate.”

Replanting soybeans in the spring is not recommended unless the stand is less than 50,000 plants per acre 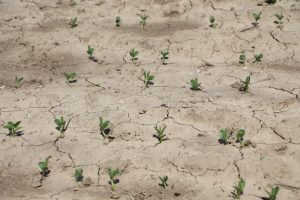 . “Those plants in a thin stand will compensate,” Lindsey said. “Planting date is more important in maximizing yield than stand, so we want timely planting.”

The later soybeans are planted, the higher the seeding rate should be.

Lindsey has a lot of ideas for research projects in the future.

“We started a new research project this fall, funded by the Alfred P. Sloan Foundation, looking at Green House Gas (GHG) emissions,” Lindsey said. “That is a little different for my program, but we want to look at practices that can maximize yield but also reduce GHG emissions and improve soil quality.” 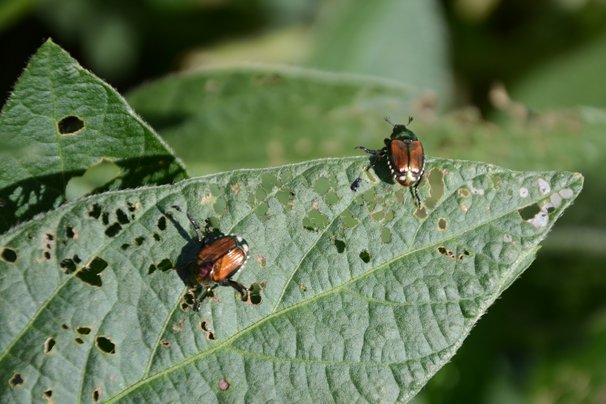 John Schumm I wouldn’t say we were dry but we needed some moisture. I had …