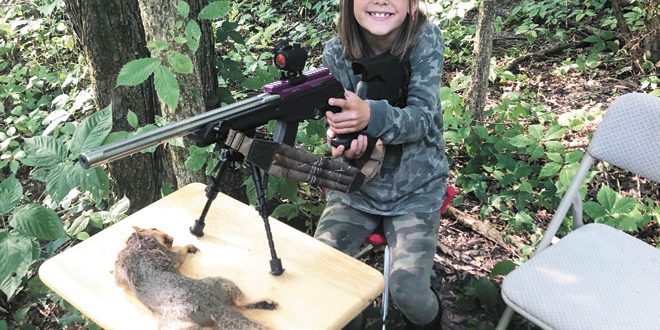 With their spirited scampering and high-energy acrobatics, squirrels certainly are a source of pleasure and admiration for Ohioans.

“The elegant creature, so cleanly in its habits, so graceful in its carriage, so nimble and daring in its movements, excites feelings of admiration…His presence adds to the pleasure of a saunter in the October woods,” said American naturalist John Burroughs, in his Squirrels and Other Fur Bearers.

Squirrels are also an excellent quarry to use for introducing our youth to hunting sports; many an experienced big game hunter has fond memories of time spent in the squirrel woods with his/her mentors.

“Squirrel hunting was the first hunting I was exposed to and what turned me on to hunting to begin with as a kid. I can still remember what a big deal it was to me when I killed my first few squirrels,” said outdoorsman Shawn Skaggs of Marysville. “It was like bagging a big buck. Squirrel hunting is like training wheels for what will eventually and gradually build up to deer hunting. It helps kids learn the basic principles of deer hunting, such as being quiet and sitting still.”

Eli Schmelzer, of Lancaster, remembers his youthful days chasing squirrels as important and formative experiences in his development into a skilled hunter.

“I hunted squirrels a good bit from my youth through college. My first time hunting and carrying a firearm was squirrel hunting. I have a lot of good memories of small game hunting with my grandpa and Uncle Steve and squirrel hunting is a good way to get kids out and moving and get them interested in hunting,” Schmelzer said. “It’s not a tedious, boring all day sit, like deer hunting can be. You can keep a young kid entertained, and get up and move around a little looking for squirrels, rather than just sitting and waiting. Kids don’t have to keep as quiet as they do when deer hunting.”

Schmelzer and Skaggs agree that the best place to set up for squirrels is under nut-bearing trees such as oaks, walnuts, and shagbark hickories in hardwood forests and woodlots. They suggest looking for places where there are signs of eaten nuts and shell casings, which indicate a hot spot for squirrel activity. And while many people hunt squirrels with shotguns containing No. 5 or No. 6 shot, both Schmelzer and Skaggs prefer to use .22 rifles when pursuing the frolicking, furtive squirrel.

“Going after squirrels is hiking and hunting. Once I have scouted out some good spots, I wander from place to place, take my time, have a seat, and watch and wait and listen for them for a bit. If nothing happens, I move on to my next spot. Since the time I was in high school and college, I have preferred a .22,” Schmelzer said. “It makes the hunt tougher and helps to improve my marksmanship. I like the challenge of it.”

Skaggs, who is mentoring his 7-year-old daughter, Harper, in outdoor pursuits, makes sure that their set ups for squirrels are both comfortable and productive.

“When I take Harper out, I find a spot where there is some cover behind us, set up our two folding stools, and her TV tray. She has a bipod on her rifle and the TV tray gives her a platform to rest her bipod,” Skaggs said. “If the squirrel is up higher in the tree, she kneels on the ground and uses her stool for a rest. I custom built a 10/22 for her with all after-market parts. It has an adjustable stock and cheek rise; I wanted her gun to be fully adjustable so that she can grow with it.”

Certainly, a good squirrel hunt with family and friends will bring a smile to the face of any hunter, young or old. Old timers joke that “Squirrel hunting is easy; just sit out in the woods and act like a nut!” And memories are to be made in the squirrel woods. Schmelzer still chuckles about a time his Uncle Steve, after an unsuccessful and frustrating day of hunting along the Buckeye Trail in Hocking State Forest, swung his shotgun off the hip — John Wayne-style —on two squirrels that scampered out in front of them as they were leaving the woods. He dropped them both and saved the day.

For Shawn Skaggs, Harper’s first kill this year ranks as one of his favorite all time hunting stories.

“I still get a kick out of hunting and shooting squirrels and I love to share my passion for hunting with Harper, who is an eager learner. She has been accompanying me in the field since she was 3. This is her first year carrying a gun and the first time she shot a squirrel is the best, most memorable hunting moment we have had together,” he said. “She has followed my directions and advice for years and it was great when she put it all together and put a headshot on a squirrel at 25 yards. She was so excited and she paraded it around the neighborhood to all her friends when she got home. I promised her we would get it mounted and she can’t wait to put up in her room.”

Contemporary poet David Bruzina, a long time squirrel hunting aficionado, describes the pleasurable pull of squirrel hunting best: “The puzzle squirrel hunting presents so fascinates and attracts me that I often sacrifice other pursuits to wrestle with its complexities…When I hunt I feel as if I’m groping with my eyes and ears, reaching past tree trunks and leaves, reaching and groping and withdrawing and reaching out again…Hours slide by. Colors change. Sounds swing ninety degrees as the wind veers. Somewhere out there a tasty squirrel is imitating a branch knob or a woodpecker or a breath of wind or a colorless area of nothing…”

The squirrel hunting season in Ohio is long, the bag limit is generous, and the species of squirrels in the Buckeye State are many. The season opened on Sept. 1, when the tree canopy is dense and verdant, and closes at the end of January, in the barren extremes of the Midwestern winter. Hunters are allowed to take 6 squirrels per day. Red, gray, black, and fox squirrels are all fair game.

Squirrels are also excellent table fare. The Skaggs Family suggests Squirrel Gravy over Rice or Noodles; Eli Schmelzer said “Honestly, after I skin and clean the squirrels, I like to just sprinkle on some salt and pepper, put on some BBQ sauce, and throw them on a hot grill. You’ll have it done in no time flat.” 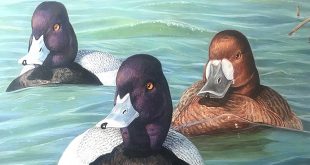 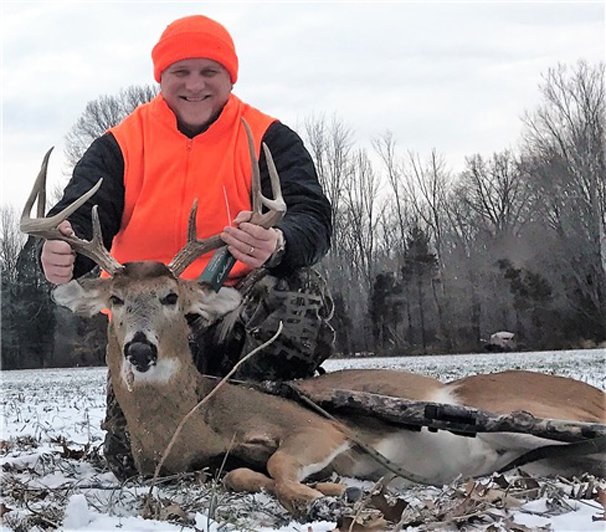 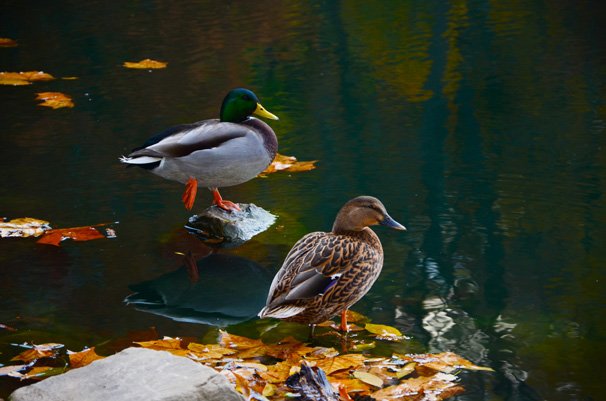