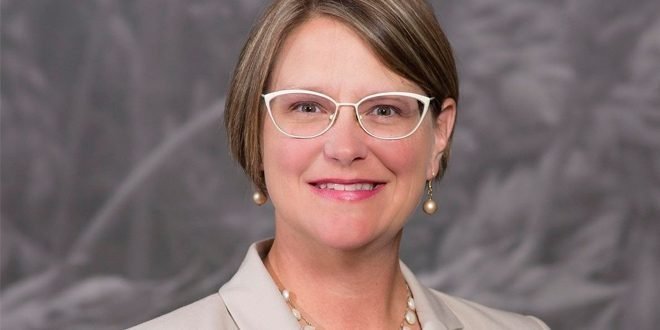 A number of individuals and county organizations were recognized in this week’s virtual Ohio Farm Bureau annual meeting.

Three individuals were recognized for their lifetime achievements to agriculture during the 102nd Annual Meeting of the Ohio Farm Bureau Federation, held remotely this year.

Corcoran of Ross County, was a member of the Ohio Farm Bureau board of trustees beginning in 1994, where he also served as treasurer and first vice president. He joined the Nationwide board of directors in 2001, served as board chairman beginning in 2014 and retired as chairman of the board this year. Corcoran and his wife, Karen, developed a true passion for Farm Bureau as members of the State Young Farm Couples Committee and eventually the national Young Farmers and Ranchers Committee, where they served with future American Farm Bureau President Zippy Duvall and his wife, Bonnie. Corcoran’s lengthy resume lists many leadership appointments with various organizations including civic groups, church and schools, community planning groups, charities, political committees and agricultural associations at the local, state and national level. The Corcorans are the parents of three adult children and have seven grandchildren. They are part of Corcoran Farms, a multigenerational family operation where they raise corn, soybeans, popcorn, hay and cattle.

Lesicko was honored posthumously with an award she might have received upon her retirement after what should have been a long and distinguished career. But fate had other plans when she passed away unexpectedly in June. She packed a career’s worth of accomplishments in her 11 years with Ohio Farm Bureau. Reforming CAUV, passing agritourism legislation, advocating for trade and farm programs, negotiating for common sense water quality solutions and navigating the Lake Erie Bill of Rights legal complexities are just a few of the issues she was involved with or led the charge to address. During the early months of 2020, she led OFBF’s work on gauging COVID-19’s impact on agriculture, and she took on helping with farmer mental health projects as the burdens and stresses of the farm economy took a toll on the emotional health of many. During her career, Lesicko served on numerous boards and committees, including serving as president of the Ohio Lobbying Association. The 48-year-old grew up on her family’s farm in Huron County and leaves behind her husband, Scott, and her son, Oscar.

Cropper, Ohio Farm Bureau’s 2020 Cooperative/Agriculture Educator Award winner, grew up on a small crop and livestock farm in Marion County and became a 4-H educator in Brown County in 1978.  There she met her husband, Harold, a dairy farmer who has served as a long-time member of the Brown County Farm Bureau board of trustees. They have two children, a daughter-in-law and two grandchildren. Though Cropper retired from OSU Extension in 2012, she has been employed through the Brown County Educational Service Center as the 40 Developmental Assets Coordinator for the past eight years. She also serves as the Brown County representative for GRIT (Growing Rural Independence Together Through Jobs), a program in conjunction with Adams, Scioto and Pike counties, while volunteering her time on several other boards and committees that support youth in the community.

In addition, Ohio Farm Bureau’s 18 2020 Murray Lincoln Award winners were recognized for their membership recruiting efforts. In an incredible trend, Ohio Farm Bureau once again had more American Farm Bureau Federation County Activities of Excellence awards than any other state. AFBF received more than 60 entries across all membership categories, with only 12 activities nationwide being selected to present at the convention.

The counties purchased 43 head of locally raised hogs and beef cattle from member-producers and junior fair exhibitors. 10,500 pounds of meat was processed at a local packer as part of its rehabilitation workforce development program. The supply of freezer pork and beef was distributed to 15 food banks in the counties during COVID-19, at a time when food banks were in desperate need of healthy proteins to feed friends and neighbors.

The 2019 planting season was painfully slow due to record rainfall, causing a decrease in yield potential and subsequent increased farmer stress. Local Farm Bureau members working in agribusiness as well as the county Farm Service Agency staff began sharing stories of landowner and farmer depression due to the losses they faced. These same Farm Bureau members then planned a Farmer and Landowner Appreciation Dinner for members and nonmembers Oct. 1, 2019, bringing the agricultural community together to let them know they are appreciated, they have support options and they are not alone in dealing with the devastation.

The conservation school event targeted emerging homesteaders and celebrated rural lifestyles in the county by providing sound guidance to those getting involved in agriculture. The event kicked off with a simple meal, and then attendees had the opportunity to attend two class sessions during the evening. Session topics covered beekeeping, maple syrup, introduction to freezing and canning, homemade salve making, raising mushrooms and organic gardening. At the end of the night, items that complemented the class topics were raffled off to attendees of that session.

In March 2020, the COVID-19 pandemic caused the abrupt closure of schools, churches and businesses, and the economic impact on the residents in the county was enormous. The county Dairy Farmers Committee and Farm Bureau recognized the need to keep milk in the diets of the county’s children and created the Cows 2 Kids project. This effort resulted in 7,000 gallons of milk donated to families in eight schools, plus homeless shelters and a food pantry. The dairy farmers, all Farm Bureau members, planned the project, solicited sponsorships, sourced the milk, and transported and delivered the product to the schools and facilities for distribution.

In addition, awards were presented by Ohio Farm Bureau Young Agricultural Professionals. Drs. Josh and Sarah Ison of Clermont County were recognized as winners of Ohio Farm Bureau Federation’s 2020 Excellence in Agriculture Award. To support the grassroots policies of Farm Bureau, the Isons each have participated in multiple visits with local, state and national legislators. Sarah is an aspiring influencer on social media platforms, sharing positive messages about agriculture. By participating in the American Farm Bureau Federation’s Partners in Advocacy Leadership (PAL) program and Ohio Farm Bureau’s AgriPOWER Leadership Institute, she is better equipped to understand public perceptions of agriculture and she wants to continue to effectively clarify those messages. Josh’s involvement in AgriPOWER has opened his eyes to the impact that lobbying and advocacy can have as he continues to become more involved with the organization.

Nathan and Lynn Steiner of Wayne County were recognized as the winners of Ohio Farm Bureau Federation’s 2020 Outstanding Young Farmer Award. The Steiners are partners in their family dairy and grain farm with Nathan’s father, grandfather and uncle. Nathan grew up working on the family farm and after high school was offered a full-time position. He and Lynn later took over the responsibility of the farm’s herd management, including the calf program, and worked to make it more efficient. They also took on an expansion project of custom raising calves from birth to 120 days. The success of that endeavor allowed the Steiners to make updates to their facilities, increasing productivity even more.

They have been Wayne County Farm Bureau members for nearly 10 years and are looking forward to being more involved in Ohio Farm Bureau’s Young Agricultural Professionals conference and taking a more active role in their county Farm Bureau.

Micah Mensing of Millersburg was recognized as the winner of Ohio Farm Bureau’s Young Agricultural Professionals 2020 Discussion Meet competition. He won the contest’s final round Jan. 31 during the YAP Winter Leadership Experience in Columbus. Mensing is a Wayne County Farm Bureau member. He is an Ohio State University graduate, where he studied production agriculture at OSU-ATI and agriscience education at the Columbus campus. He was named an Ohio State Department of Agricultural Communication, Education and Leadership (ACEL) Distinguished Senior in 2019. Mensing is a Growing Forward Specialist with Farm Credit Mid-America and is an active member of Ohio Farm Bureau’s Young Agricultural Professionals program. 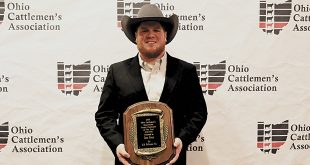 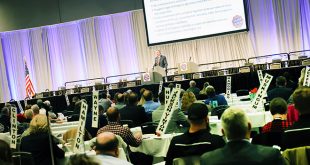 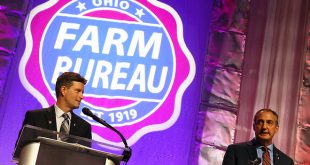