“NPPC congratulates Michael Regan on his nomination. As DEQ secretary in North Carolina, a leading pork-producing state, he always had an open door, valued diverse points of view, and worked to find solutions that ensured science and data were guiding decisions. We hope those same qualities will be carried over to his leadership at EPA. We look forward to working with him on issues of importance to U.S. pork producers, as we continue to produce the highest-quality, most affordable and nutritious protein in the world,” said National Pork Producers Council (NPPC) President Howard “AV” Roth, a hog farmer from Wauzeka, Wisconsin.

Regan’s nomination will be considered by the U.S. Senate when the chamber convenes in January. 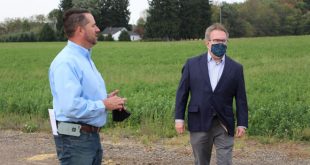