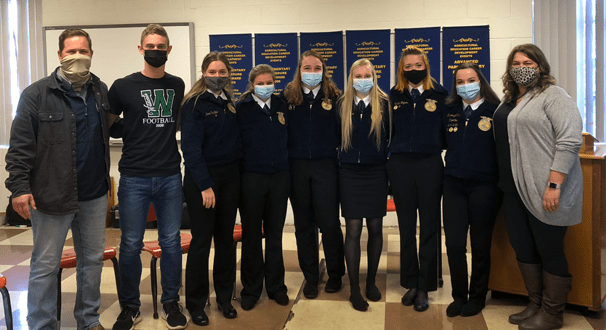 The sub-district invitational contest was held virtually through Google Meet, where the team placed second, received a “Gold Rating” and advanced to the District Parli Pro Contest, which again was held virtually.  Here the team went on to place second. Unfortunately the State FFA Association made the decision to only allow the top teams to advance to state due to Covid-19. This ranks the team in the top 20 teams in the state of Ohio. Typically each year approximately 200 teams from around Ohio compete in the Advance Parliamentary Procedure contest.