Farmers wishing to improve the health of their soils are often presented with a list of specific management practices to implement.

“There are many types of management to combine to manage soil health,” said Jordon Wade, from the University of Illinois at Urbana Champaign. “These typically include: keeping the soil covered, minimizing soil disturbance, keeping plants growing throughout the year, having a diversity of plants, and incorporating livestock.”

Wade was a recent speaker for Ohio State’s “The Dirt on Soil Health” series featuring a discussion findings from his research looking at the relationship between improving soil health and increasing yields. As farmers evaluate their soils, there are three areas to assess.

“When making an assessment, the three indicators we look at are physical, chemical, and biological,” Wade said. “Not all fields respond the same. The practices implemented to improve soil health are impacted by outside factors such as climate, geology, the duration of time since implementation, and the soil texture. Ultimately the outcomes farmers are looking for are soils that have high plant productivity, provides physical support, cycles nutrients, has good water movement, and filter potential pollutants.”

When considering the research, a question that needs to be answered is, “How well does the assessment connect to the outcomes?”

To answer these questions, Wade and his team at the University of Illinois at Urbana Champaign studied replicated nitrogen (N) rate trials on non-irrigation fields for corn systems at 30 sites in five states. The N trials were layered with soil health practices, such as cover crops including: barley, rye, clover, or bare ground. They considered tillage, which included the use of: chisel, moldboard plow, and no-till. They also had various crop rotations, such as: continuous corn, corn-soybeans, corn-corn-soybean, and corn -corn-corn-soybean, and corn-soybean- wheat, and corn-wheat. Some fields also had a history of manure being used. Many of these activities were layered and overlapped. All these factors were considered and measured statistically. In the study, there were a good range of healthy soils and a good representation of values.

The nature of the study looked for differences within and between fields.

“This study measured soil health,” Wade said. “Soil health is not directly measured with just one factor. It is comprised of multiple variables.”

“POXC can be understood as oxidation applied to organic matter that is part of the microbial food web,” Wade said. “Another factor is respiration, which basically shows how hard soil microbes are working.”

The research took into account the soil organic matter (SOM) measured in a standard soil test. It also looked at soil protein, which is N rich. After compiling all the data, the research team went through a process to determine which factors were most important.

“We discovered that respiration was not providing unique information,” Wade said. “The other three factors were used in the final blended variable. For our purposes, soil health is a combination of POXC, soil organic carbon, and soil protein.”

Once the research defined the variable blend to be measured, it also evaluated the N applied. “The Pre-plant N and N rate were factored into the equation when determining yield,” Wade said.

All the factors were cross analyzed with each other to see which influenced the others, and how they interacted statistically.

“In that process the pre-plant nitrate was not strongly related to yields,” Wade said.

“Improved soil health increased yields statistically,” Wade said. “The specific numbers varied by the field, however we can generally say that a 10% increase in soil health results in roughly a 5% increase in yields. We can also say that the proper use of N fertilizer increases soil health.

“What this means is that healthy soils are more productive. It also indicates that if farmers are using soil health building practices, they have some cushion for N application. If there is a question about increasing the N rate or not, the increase in soil health will make up the difference, kind of like an insurance policy.”

Though trends could be identified, every field is different.

“The research looked at multiple fields, and multiple observations,” Wade said. “When the numbers were combined, the individual field observations tended to cluster together. The typical averaging results of all the fields combined together is not effective with soil health analysis.

“The question is if the relationship is consistent between soil health and yield across the fields observed. The results found that as soil health improves, that yields also increase in general across fields.”

When trying to interpret soil health tests for N management, some basic guidelines should be followed.

“Farmers should be sampling at the same time of year and stay consistent by using the same lab for more uniform results,” Wade said. “Over time, a farmer should want the values of POXC and OM and soil protein to be increasing. Soil health test results should be applicable for making N fertility decisions for up to 5 years after sampling.” 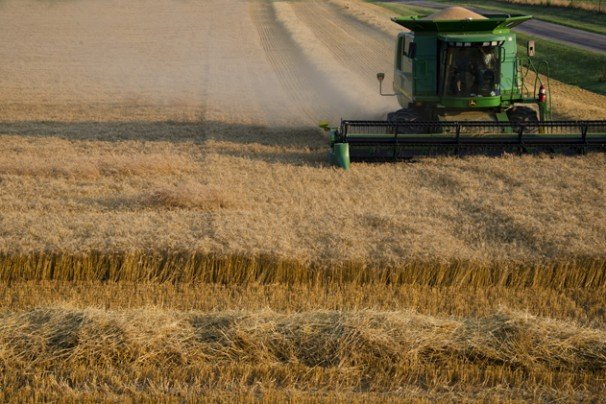 Investing below the surface