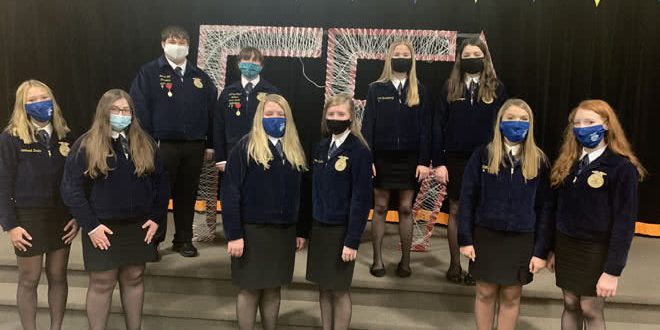 Felicity, Ohio- Felicity FFA members were recognized at the National FFA Convention in October for being National Finalists in several areas in October 2020.

Faith Jennings and Ayla Rutherford competed in the FFA Agriscience Fair in the Food Products and Processing Division and were winners at the state level in 2020. At the National level, they were chosen as Top 3 finalists and then announced as the reserve champions in their division. They both received $750 for their efforts.

Kaylee Jennings and Joanna Hamilton were also competitors in the National Agriscience Fair in the Power Structural and Technical Systems Division. They were selected as Top 3 finalists and were selected as the champions in their division. They both received $1000 for their winning project.

FFA Member Bailey Lowe was also a finalist in her proficiency area of Veterinary Science. Bailey was named the National Champion in this area. Lowe competed against FFA members from across the country and was awarded a $1000 prize.

These FFA members were able to accept these awards through a zoom call that was broadcast live during the virtual National FFA Convention to thousands of FFA members across the country.