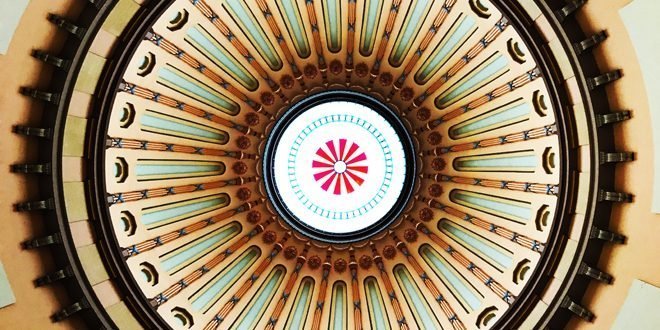 The Ohio General Assembly is off and running in its new session. Many bills that affect agriculture in Ohio are already on the move. Here’s a summary of those that are gaining the most momentum or attention.

The Senate has already passed its version of this bill, which conforms our state tax code with recent changes to the Internal Revenue Code made in the latest COVID-19 stimulus provisions of the Consolidated Appropriations Act.  Both the Senate and the House will also exempt forgiven Paycheck Protection Program second-draw loan proceeds from the Commercial Activity Tax.  The Senate version additionally exempts Bureau of Workers Compensation dividend rebates from the Commercial Activity Tax beginning in 2020, but the House bill does not.  Both bills include “emergency” language that would make the provisions effective in time for 2020 tax returns.

A slightly different version of this bill is returning after not passing in the last legislative session.  The bi-partisan bill aims to assist beginning farmers through several temporary income tax credits:

Beginning farmers, among other requirements, are those in or seeking entry into farming in Ohio within the last ten years who are not a partner, member or shareholder with the owner of the agricultural assets and who have a net worth of less than $800,000 in 2021, which adjusts for inflation in subsequent years.  Beginning farmers must be certified by the Ohio Department of Agriculture or a land grant institution.  The House Agriculture and Conservation Committee discussed the bill at its meeting on Feb. 16.

In addition to revising setback and safety specifications for wind turbines, this proposal would amend Ohio township zoning law to establish a referendum process for large wind and solar facility certificates.  The bill would require a person applying for a certificate for a large wind or solar facility to notify the township trustees and share details of the proposed facility.  That notification sets up opportunities for the township trustees or residents of the township to object to the application and submit the proposed application to a vote of township residents.  A certificate would not take effect unless approved by a majority of the voters.  A first hearing on S.B. 52 was held on Tuesday, February 16 before the Senate Energy and Public Utilities Committee.

The Senate passed its version of this bill , which sets up a $20 million competitive grant program for broadband providers to extend broadband services throughout the state.  The proposal would also allow broadband providers to use electric cooperative easements and poles, subject to procedures and restrictions. The House has also passed HB 2.

Based on a similar bill that didn’t pass last session, this bill changes eminent domain law in regard to property taken for the use of recreational trails, which include public trails used for hiking, bicycling, horseback riding, ski touring, canoeing and other non-motorized recreational travel.  H.B. 63 would allow a landowner to submit a written request asking a municipality or township to veto the use of eminent domain for a recreational trail within its borders.   The bill would also allow a landowner to object to a use of eminent domain for any purpose at any time prior to a court order for the taking, rather than limiting that time period to ten days as in current law.   The bill had its first hearing before the House Civil Justice Committee.

Bills on each side of the General Assembly propose gradually increasing the state minimum wage to $15, but have different paths for reaching that amount.  S.B. 51 proposes increasing the wage to $12 per hour in 2022, followed by $1 per hour increases each year and reaching $15 by 2025, which is when a federal bill proposes to establish the $15 minimum wage.  H.B. 69 begins at $10 per hour in 2022 with $1 per hour increases annually, reaching $15 in 2027.  S.B. 51 was referred to the Workforce and Higher Education Committee and H.B. 69 was referred to the Commerce and Labor Committee.

This week, Ohio’s agriculture groups wrote a letter to Governor Mike DeWine asking him to …