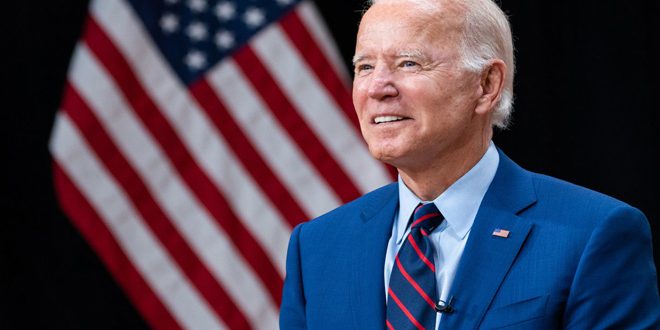 With a new Administration in the White House comes a whole new set of challenges, concerns and opportunities for agriculture. What can U.S. agriculture expect moving forward with President Joe Biden?

Mary Kay Thatcher works in government relations for Syngenta. At the recent Ohio AgriBuisiness Association Industry Conference she offered some insights on what to expect from the Biden Administration with regard to agriculture.

“I’m looking at Mr. Biden a lot like I looked at President Ford. You know when [Ford] was named president he had served in the House for 24 years, and as minority leader for nine of those years, so he knew people. He knew how the House operated,” Thatcher said. “President Biden has 36 years in the Senate. Until four years ago he was president of the Senate by virtue of being vice president. So my point is, he’s got a lot of friends on both sides of the aisle and he really is much more of a negotiator than he is an administrator, so I look for him to reach out and do as much bipartisan work as he can.”

And though there are concerns about the Democrats with broad power, Thatcher points out that margins are very narrow, which will likely result in an emphasis on middle ground.

The House side is also very interesting politically.

“If you look on the House side, you get 222 Democrats but that line, it almost goes straight up and down like that 50-50 Senate. It’s pretty darn close, so there is a not lot of wiggle room to make mistakes,” Thatcher said. “I tend to believe that Nancy Pelosi is going to be the person who has the most miserable next two years of anybody else in politics. Of the Democrats for this Congress, you have 94 of them that are members of the Congressional Progressive Caucus, those tend to be members that are very left leaning. On the other hand you have almost an equal number — you have 93 members — who are part of the New Democrat Coalition, which is a much more moderate group. And then beyond that you have 18 Blue Dogs. The Blue Dog Coalition is not as large as it has been at some points. It is often made up of members of the House Ag Committee and members in rural areas. They too are very middle of the road, and probably more fiscally conservative than some of the other groups.”

With this make-up of Democrats in the House, there will likely not be much legislative success for measures from the far left.

“Keep in mind, Nancy Pelosi can only lose five and then she’s in trouble,” Thatcher said. “So if the 18 members that are Blue Dog say no, Nancy Pelosi either has to change the plan or she has to go find Republican support, which would be I think pretty difficult if the Blue Dogs aren’t already supportive.”

In terms of the cabinet, Thatcher thinks Tom Vilsack as USDA secretary will be a positive for U.S. agriculture.

“I think Joe Biden could look at rural America and say, ‘Hey, you didn’t vote for me. I don’t care about you.’ There were a lot of people that were presumably on the shortlist for Secretary of Ag but he instead put in Tom Vilsack so I think that’s really him indicating he’s reaching out to rural America and is going to try to help things along now,” she said. “Certainly, he served as agriculture Secretary of Ag for the whole eight years during the Obama Administration and he was governor in Iowa before that. He spent the last four years being the CEO of the U.S. Dairy Export Council to really see up close how trade affects one particular industry in general. So I think it makes him an even stronger secretary on trade issues for us.”

There are still concerns for agriculture to watch for including tax changes, regulatory overreach, pesticide registrations, and approval of other new agricultural products and tools. On the positive side for agriculture with the Biden Administration could be renewed and increased focus on biofuels and climate change measures that could add profitability to farms.

“I do not think the apocalypse is coming,” Thatcher said. “But there may not have ever been a time where it’s more important for farmers and ranchers and agribusiness to be at the table and make sure they’re educating their members of Congress about these issues than there is in 2021.”

This is also very true from perspectives in Ohio agriculture.

“First and foremost for us is building relationships at the national level. That is something Farm Bureau has always been able to do to have a seat at the table and have the dialogue to be able to advocate for farmers,” said Brandon Kern, senior director of state and national policy for Ohio Farm Bureau. “There is a really high priority on climate change. Farmers and agriculture in general have a role to play with this. The production of biofuels, for example, is a major contributor for reducing emissions. There is a lot of talk about carbon trading. That is something agriculture can play a role in. It is important for us on this front to ensure that any policies put forth on this issue recognize first and foremost what agriculture has already contributed to this issue and that the programs remain voluntary. Private sector market-based programs are already in place and farmer interest is growing in this. We want to make sure those elements continue when we talk about climate change policy.”

There are a number of issues Ohio Farm Bureau will be watching at the federal level moving forward.

“I have talked to a lot of farmers around the state and tax policy, like it is in many years, is top of mind for many people. To be clear, we have not seen anything in terms of a concrete proposal or a piece of legislation put forward at this point, but this is something we are watching vigilantly. I think a lot of this comes from some of the proposals that Mr. Biden had on the campaign trail — things like elimination on the step-up in basis, levying tax on unrealized appreciation of assets that transfer at inheritance, exploring the possibility of eliminating the death tax exemption, and increasing capital gains taxes. Those are all things we would oppose and we will be prepared to have our members engaged on. We have to wait and see what they actually do propose,” Kern said. “We also have to protect the gains we have seen over the last several years on regulatory reform. We made real progress on WOTUS rule. The Trump Administration took action there and we are probably going to have to protect some of those gains as the new Administration comes into place.

“There is also some important farm policy work in general that needs to be done. Here in Ohio we have had a lot of dialogue and we are putting together a focus group of farmers on dairy pricing. There are some important changes on dairy pricing and we need to be pursuing a better program that works for everyone across the board. Obviously, the pandemic has turned up a lot of shortcomings with meat processing and we think some national policy could help contribute to better capacity in our meat processing here in Ohio. There is a desire to achieve more price transparency in cattle pricing too. And, of course, we are going to start the dialogue on the farm bill in the next year and that is going to be a conversation as well. There is a lot going on at the national level.”

Joe Logan, president of the Ohio Farmers Union, pointed out there is quite a bit of overlap between the priorities of the Biden Administration and his organization.

“We know the Biden Administration and Secretary Vilsack will be looking to put their fingerprints on agricultural policy pretty quickly. The last several years have been absolutely bizarre. We had a trade war we didn’t expect. Then we had a pandemic that exposed the vulnerabilities of another trend of consolidation of our industrial processing. People out there are saying we need to reconfigure the basic principles of our agricultural policies to work around these or change the fundamentals of the system so we can work with those. I think that is what the Administration is going to try to do,” Logan said. “Despite our enormous productive capacities we have some problems in production agriculture and some of those are either caused by or exacerbated by climate change. That is one reason I believe President Biden is looking at addressing climate change as a primary driver of policies up and down the line.”

Logan is hoping to see a focus on set-aside conservation programs targeting environmentally sensitive production land, a hard look at consolidation of processors and agribusiness, and a revisiting of the Grain Inspection, Packers and Stockyards Administration (GIPSA).

“We need more competition in the marketplace, not monopolistic entities constricting the growth of agriculture by controlling what farmers pay for their inputs and what farmers get for their crops,” Logan said. “We need to innovate with our need for conservation and addressing climate change along with the constant need for farmers to arrive at a fair price for their commodities. We are going to need cooperation from reasonable minds in Washington, D.C. and sometimes that is a scarce commodity.” 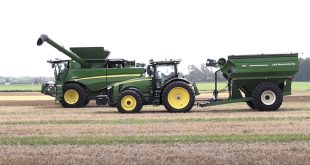 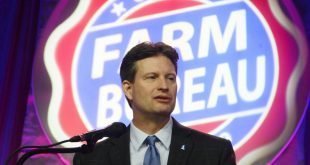