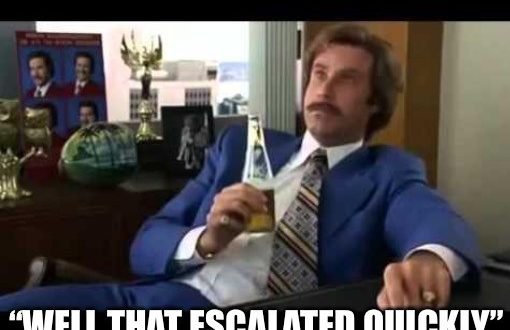 Our winter forecast just jumped up a notch!

We had been talking about a significant storm complex moving across the eastern corn belt to start this week, but snow potential really ramped up over the weekend. The track of the storm adjusted just a bit, but the biggest change in thinking revolves around something called “snow ratio”. Overall, the moisture available with this system is the same as we saw last week. However, with the cold, arctic air fully entrenched over the region, this moisture will stretch farther, producing a drier, fluffier snow that takes less actual moisture to produce higher inches. A standard snow may be 10:1 (10 inches of snow from 1 inch of water). This snow event will have a much steeper ratio…leading to our new snow totals. Snow today will be relatively light during morning and midday hours, but will ramp up this afternoon and evening, hitting its zenith overnight through tomorrow morning. All told, for the entire event we expect snow totals of 8-15 inches over 90% of Ohio, with only the far southeast seeing less, in a range of 2-8 inches. Luckily, we do not see much wind at all, so blowing and drifting will be kept to a minimum. The map below shows snow from the event as we see it this morning.

We end up dry Wednesday and expect a mix of clouds and sun. Clouds build again on Thursday and from late Thursday through Friday we can see another 2″-6″ across 60% of Ohio. That snow will focus more on central and northern OH, with the biggest totals in NE Ohio.

We are dry for Saturday and early Sunday, then have another wave of snow later Sunday into early Monday that again could bring 2″-6″ over 70% of the state.

Tuesday-Wednesday and Thursday turn out cloudy to partly sunny. Temps moderate a bit Wednesday, but will be quickly turned aside, and we finish the 10 day window with temps still below normal. However, the last week of February should bring some wholesale temperature moderation. We are seeing temps jump in the northern plains late this weekend into early next week, and that warming will slowly spread eastward through late next week and weekend. 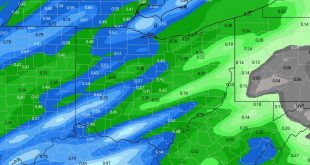 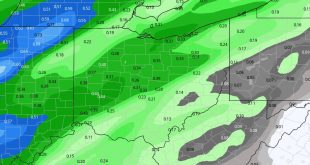 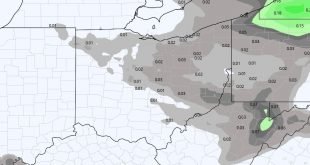