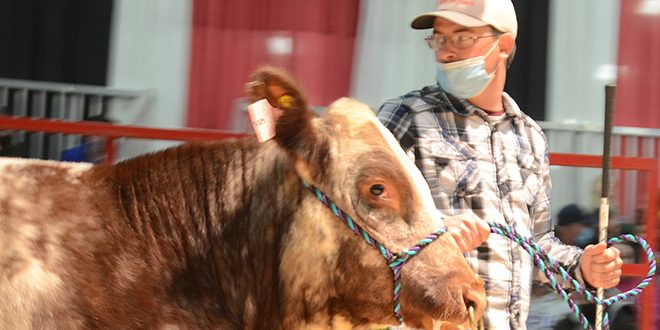 The 33rd Ohio Beef Expo was held March 18-21 at the Ohio Expo Center in Columbus, Ohio. This year’s event, hosted by the Ohio Cattlemen’s Association (OCA), was a producer focused event to provide critical farm income for the cattle families and rural small businesses that participate in it. Despite this year’s challenges, the Expo successfully hosted breed shows and sales, a retail trade show and a youth cattle show. OCA followed an approved COVID plan for the Expo that required postponing many other traditional events and seminars.

Four breeds hosted shows on Friday to display cattle being sold in the sales. The Genetic Pathway, located in the ShowBloom Breed’s Barn, showcased the industry’s most popular sires and donor prospects on display throughout the weekend.

The seven breed sales flourished this year with a reformatted sale schedule and a new sale ring concept to promote social distancing. A total of 250 live lots were sold at an average of $3,524 with a gross of $927,235.

Two recipients were honored with the Friend of the Expo Award for their dedication and contributions to the Expo’s annual success. Because the 2020 Ohio Beef Expo was cancelled, the honor was extended to Frank Phelps of Logan County and AMW (Athens, Meigs and Washington counties) Cattlemen’s Association again this year.

The Junior Show portion began Friday with Showmanship followed by the Market Animal show on Saturday and the Heifer show on Sunday. Junior Showmanship was judged by Brad and Amber Seiss, Thurmont, MD. Joe Rathmann, Smithville, TX, assessed this year’s Market Animal show, and Kyle Conley, Sulpher, OK was the judge for the Heifer show. A combined total of nearly 900 head from across the state were evaluated.

During the Expo, volunteers signed up and renewed nearly 150 OCA members. Current or new OCA members also had the opportunity to win prizes, such as a cooler, semen tank and a wood-pellet fired grill. These drawings were sponsored by Ohio Corn and Wheat.Sale and show results can be found at www.ohiobeefexpo.com along with a complete list of the event’s sponsors. The dates for the 2022 Ohio Beef Expo are March 17-20. Visit www.ohiobeefexpo.com for more information as well as complete coverage of the 2021 event. 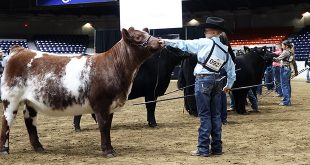 By Elizabeth Hawkins and John Fulton Now that 2021 has wrapped up, it is time …