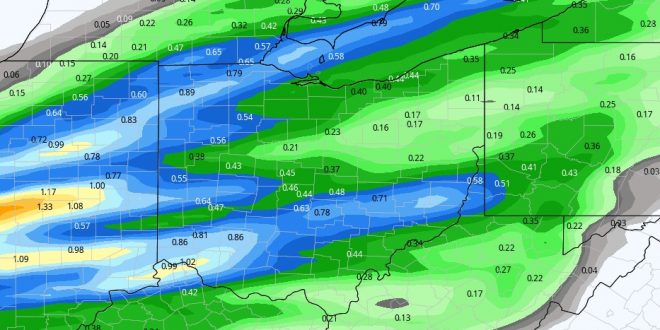 Moisture works its way across Ohio today into tomorrow. Rain starts widely scattered and light, but will reach best intensity and frequency this evening, overnight and into tomorrow morning. Showers linger into mid to late morning tomorrow in far south central OH, but central and northern regions will be dry to start the day. All areas turn out at least partly sunny before the day is done tomorrow. Rain totals from this event today into tomorrow will range from .25″-1″, but most of the state will be in the .25″-.75″ range. We really don’t feel there is too much risk of thunderstorms at this time. The map below shows moisture potential through midday tomorrow.

The weekend turns out dry with partly to mostly sunny skies and temps near normal. Clouds will start to increase late Sunday afternoon and evening. This will lead to our next threat of rain Monday into early Tuesday. That system looks poised to bring us another .25″-.75″ of rain over 80% of Ohio. The map below shows precipitation potential from that event.

We expect a mix of clouds and a few breaks to finish Tuesday, and then Wednesday will be partly sunny. We are less enamored with the 3rd potential system in the 10 day period for next Thursday. There is still moisture working our way, but organization has crumbled in the past 24 hours. We will leave a chance of rain for later Thursday into early Friday, but will reduce potential to half an inch or less and coverage to 60%. This is a system that needs to be watched still, as it is the remains of a major storm complex in the plains this weekend and early next week. It just may be running out of gas.

Much colder air is still on the way to finish next week and next weekend. We expect temps to be below normal for those days and through at least the first half of the extended period toward March 24th. 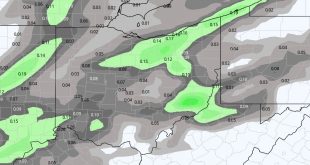 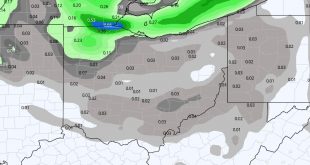 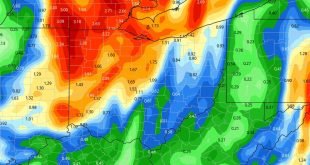 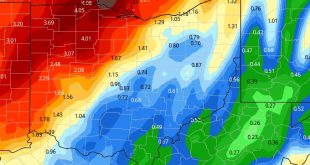 September 21, 2021 -- Rains today initially move from south to north across the state ahead of the cold front, but that front moves in this midday and afternoon, sweeping through from west to east....