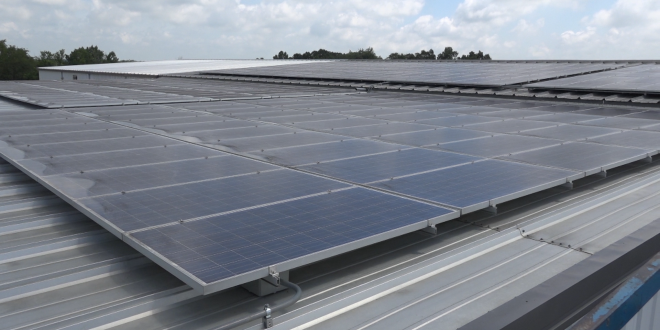 Fill in the blank with SB 52

We, the undersigned, being electors residing in the unincorporated area of __________ Township, equal to not less than eight per cent of the total vote cast for all candidates for governor in the area at the preceding general election at which a governor was elected, request the Board of Elections to submit this proposal to the electors of the unincorporated area of __________ Township for approval or rejection at a special election to be held on the day of the primary or general election to be held on __________ (date), pursuant to section 519.217 of the Revised Code.

This is language taken directly from Senate Bill 52 currently being considered by the Ohio Legislature. The first blank above is a result of a term I removed from the language (the rest of the blanks are really in there). I want you, for a moment, to consider that first, very important blank in the first sentence. The term I removed from that first blank space is: “utility facility.” SB 52 is aimed directly at wind and solar development in the state of Ohio.

The bill was designed to address the concerns of those opposed to wind and solar projects being proposed around Ohio and — most notably — in their backyards. Now, I fully recognize there are legitimate concerns about both wind and solar development in Ohio. There are also many benefits. Those pros and cons are not the focus of this particular column. What I instead hope you’ll think about here is that first blank spot.

Essentially, SB 52 would put a community vote at the end of the development process for wind and solar projects, meaning big dollars have already been spent investing in and planning the effort before the community gets a say in what currently is a deal made between the landowner, the developer and the Power Siting Board. It puts a landowner’s rights to a community vote.

“In addition to revising setback and safety specifications for wind turbines, this proposal would amend Ohio township zoning law to establish a referendum process for large wind and solar facility certificates. The bill would require a person applying for a certificate for a large wind or solar facility to notify the township trustees and share details of the proposed facility. That notification sets up opportunities for the township trustees or residents of the township to object to the application and submit the proposed application to a vote of township residents. A certificate would not take effect unless approved by a majority of the voters. A first hearing on S.B. 52 was held on Tuesday, Feb. 16 before the Senate Energy and Public Utilities Committee.”

Since then, Ohio’s lawmakers have heard a mountain of testimony on both sides of the issue. For all of the adamant wind and solar haters out there who initially think SB 52 sounds great, I would encourage you to think about that first blank spot, especially if you own land or are involved in Ohio agriculture. Think of all of the land uses for your community that could be inserted there instead.

The thought process behind SB 52 has been floating around out there in the breeze for several years now. Initially the idea of this referendum was just directed at wind, but this time around things are heating up a bit more as solar has been added. What else could be added down the road? In February, the Toledo Blade ran a letter to the editor: “Give communities a say in CAFOs” in response to the possibilities that could unfold in a future with SB 52 as law. If communities get to vote on what they think a landowner should do with their property, where do landowner rights end and community rights begin? The answer is clearly not the property line.

Lawmakers are now carefully considering the future of SB 52 to address the many concerns regarding wind and solar development around the state.

If you have a chance to talk with your Ohio lawmakers about this issue, please consider the precedent SB 52 would set and all of the land uses communities may not like (and decide should go up for a vote) when it comes to the future potential of filling in that first blank. And then, before you know it, the rest of those blanks could be filled by a township and county near you.