The report was bullish for corn and wheat. There were neutral numbers for soybeans.

The weekly export report from yesterday pushed the yearly exports of corn over the USDA forecast of 2.6 billion bushels at 2.617 billion bushels. There are still 5 months still to go in the marketing year. 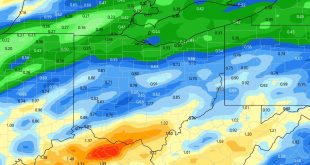