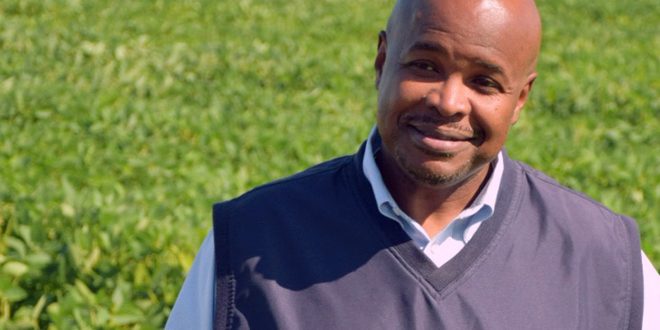 President Biden announced the appointment of Terry Cosby to be Chief of the Natural Resources Conservation Service (NRCS).

“Terry has spent more than 40 years working at USDA to protect agricultural lands and help producers implement sustainable farming practices,” said U.S. Sen. Sherrod Brown (D-OH), member of the U.S. Senate Committee on Agriculture. “I’ve worked with Terry for many years on conservation priorities in Ohio and know that no one is more qualified for this role. With Terry on the job, Ohioans will know they have a trusted voice at USDA to help farmers get back on their feet from the pandemic, ensure that American agriculture is a leader in fighting climate change, and protect our lands and keep our waters safe for the next generation.”

Cosby began his career with the agency in 1979 as a student trainee in Iowa. He was raised on a cotton farm with his eight siblings in Tallahatchie County, Mississippi. The farm, now in his family for three generations, was purchased by his great-grandfather in the late 1800s.

One of Terry’s proudest achievements is the instrumental role he played in establishing the Ohio Interagency Forestry Team and in the formation of its governance model and business plan. Under his leadership, Ohio was the first state to use Environmental Quality Incentive Program funds for forestry practices. He leads the NRCS Hiring Strategy initiative which will shape, guide and solidify NRCS as the premiere technical service agency for USDA conservation.

Terry and his wife Brenda are the proud parents of four wonderful children (one of whom was lovingly “adopted”). Today he continues to hunt and fish as much as possible and greatly enjoys spending time with his seven young grandchildren.