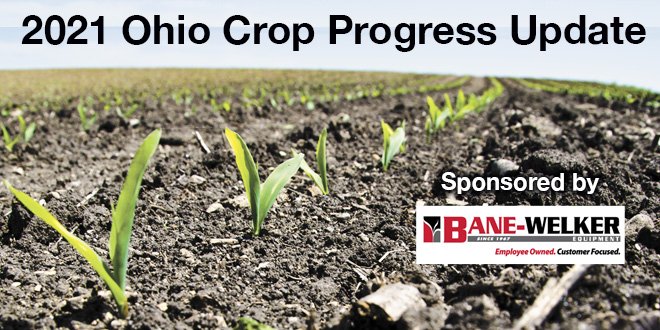 Rain showers early in the week gave way to drier weather later in the week, according to Cheryl Turner, State Statistician, USDA NASS, Ohio Field Office. Topsoil moisture conditions were rated 97 percent adequate to surplus, down 2 percentage points from the previous week. Temperatures for the week ending May 16 averaged 9.2 degrees below historical normals, while the entire State averaged 0.71 inches of precipitation. There were 2.5 days suitable for fieldwork during the week ending May 16.

Nationally, corn is 80% planted and soybeans are 61% planted. For more from this week’s Ohio report, click here.