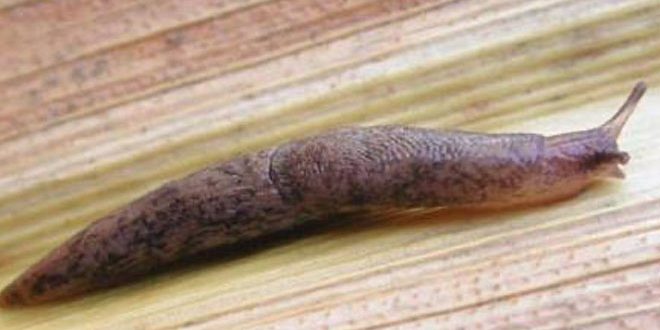 Summer has officially arrived and nutrient deficiencies and pests are now a problem.  Healthy plants have less problems with disease and insects, so optimum plant nutrition is important for keeping pests at bay and optimizing crop yields.  Several nutrients may be part of the problem.

Nitrogen is a corn macro-nutrient that farmers apply pre-plant, with corn starter fertilizer, or side-dress applications.  Nitrogen fertilizer can easily be lost depending on how much rain has occurred and whether inhibitors were used.  Nitrogen deficient corn is often seen in low areas or flooded fields.  Sulphur deficiency on corn leaves is becoming more common, seen as yellow striping with green veins and spindly plants.   Sulfur is the fourth most important nutrient needed by plants and is used in protein synthesis and to produce chlorophyll for photosynthesis.  Soybeans need sulfur for nodule formation and wheat to improve grain quality. Most soil tests increasingly show that soil sulfur is lacking now due to reductions in sulfur emissions from coal and  transportation sources. 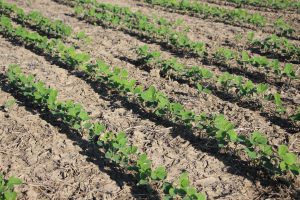 ed, young leaves.  Sulphur is tied up in the soil organic matter and crop residues.   Sulphur mineralization or plant available sulfur forms are dependent upon temperature, moisture, and other factors. Sulphate is a soluble plant available form of sulfur but when excess rain occurs, this form can be leached away from the roots. Sulphur is needed in a 10:1 (nitrogen to sulfur) ratio to have complete plant protein synthesis.

Yellow slow growing soybeans are a problem this year.  Seed corn maggots and in some cases, wireworm caused early seed damage.  If glyphosate (Roundup) is used to kill weeds, key nutrients like manganese can be chelated or tied up. If the soybean or corn leaf veins are more yellow than between the leaf, suspect manganese deficiency.  A foliar application of manganese sulfate may help both soybeans and corn if needed.  Usually within hours, leaves will turn a  uniform brighter and darker shade of green.  Works well on tomatoes, sunflower, strawberries, melons, squash and zucchini if manganese is limiting.

Slugs are becoming a big issue this year.  Although we had a relatively dry early spring, most slugs were buried in the soil and insulated from dry conditions.  The last two years, winters have been relatively mild, so slug population have increased, especially in no-till fields with cover crops.  Slugs and voles (field mice) thrive under cool wet conditions with plenty of lush crop residue.  With good growing conditions, our crops (especially corn) can outgrow most slug damage.  Soybeans, however, are especially susceptible to juvenile slug feeding because soybeans have a high nitrogen and/or protein content.  Slugs can wipe out a slow growing crop fields within a couple days.

The gray garden slug (medium in size, light to dark gray) is the most common and numerous slug type that damages crops, laying 500 eggs per adult.  Marsh slug are generally darker in color and resides in high organic matter soils.  Farmers may apply pelleted baits but they are about 50% effective.  Rain and humidity cause pellets to mold, so they are effective for about 48 hours. If a slug eats the bait but does not die, they will not eat it again.  Rotary hoeing residue to fluff residue to dry it out, mowing at 8-10 inches to keep cover crops low, or planting radish as a cover crop may help reduce future slug populations. Sunny weather and fast-growing crops are the best cure!  See my website hoormansoilhealth.com for more information on micro nutrients and slug control.